The locals are friendly

In fact they are too friendly. Highway 40 west of Longview, Alberta on August 27, 2016. The Highwood Pass section of this highway is where this was taken and it is open only during the summer months.

My friend was driving and I got her to stop at the side of the road so I could get a photo. 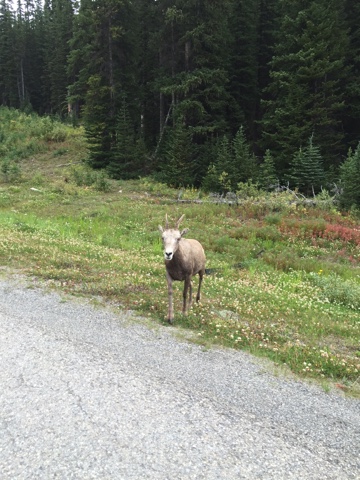 The very friendly wildlife had plans other than posing for a photo. 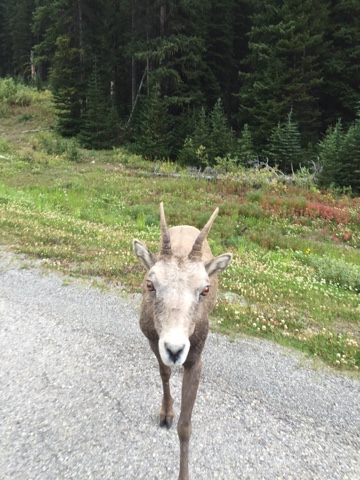 Right up the the window and stuck its head in. I have never had that happen before. 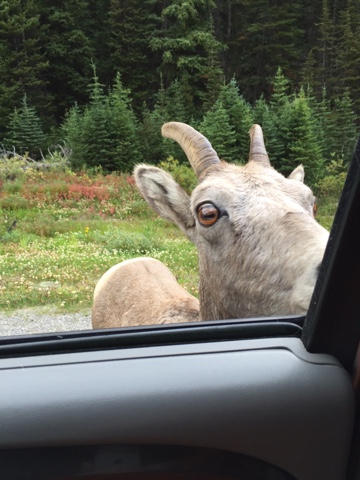 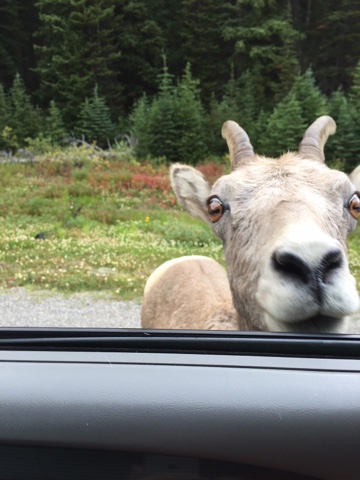 Another one wanted to join in. I could have scratched them behind the ears if I wanted. I quietly got them to back off and we slowly drove off. I did not want to startle them and have something happen. Like ram the vehicle. I hope no one was doing anything dumb like feeding them. You do not want wildlife to get this friendly with people. 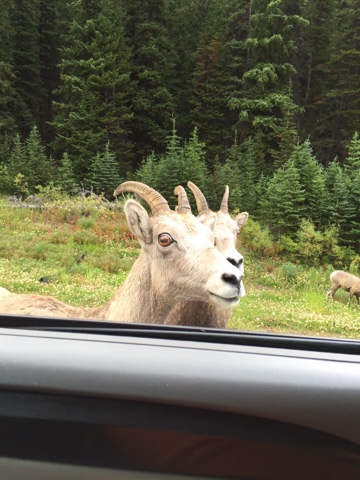