Return to the Bullpound Railway Bridge

The last time I was here I posted about it on a May 12, 2016 post. On my prior visit I did not get all the way to the bridge. For some unexplained reason I got a bit obsessed about making it to this bridge. To be honest I get a little obsessed with some quests and a lot of them do not make a lot of sense. This time I did get all the way to the bridge. Two friends came with me. The road, or trail to be more accurate, to get close to this place had some good sized mud puddles that we were not going to be able to drive through. Not with a 2003 Chev Impala. We were going to have to walk a little further than planned. We ended up walking at least eight miles round trip over hilly terrain, getting eaten alive by mosquitos, some minor sunburn, and getting a few blisters in the process. I think we are still friends.

I know there are snakes in the area. Alberta is home to rattlesnakes, bull snakes, and garter snakes and they are in this area. We did not see any of them. We did see deer, antelope, and a very large jackrabbit. There are also lots of small cactus. I know because I saw them and unintentionally stepped on lots of them. I got stabbed in the foot a couple of times.

You can see the outline of the abandoned rail line before and after the bridge. The bridge is well built. There are some remains of old railway water tanks in the area but I did not see them. There are no roads to this bridge. I would have got a few more photos except for the bugs. We ended up almost finishing a new container of bug spray to try to keep them away. 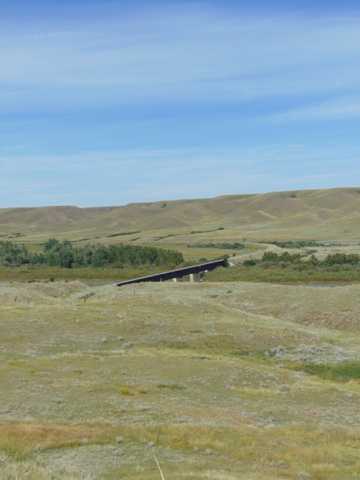 This is what the landscape in the Drumheller, Alberta area looks like. 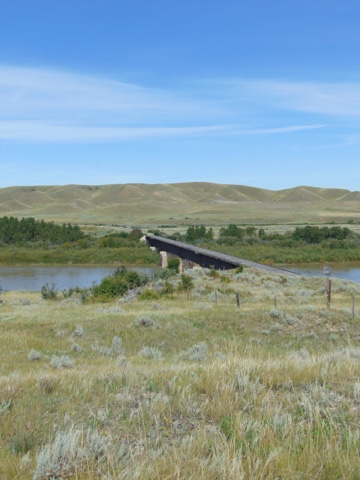 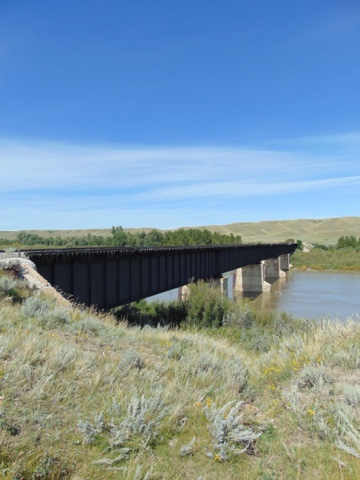 This is what is left of the old rail line through here. 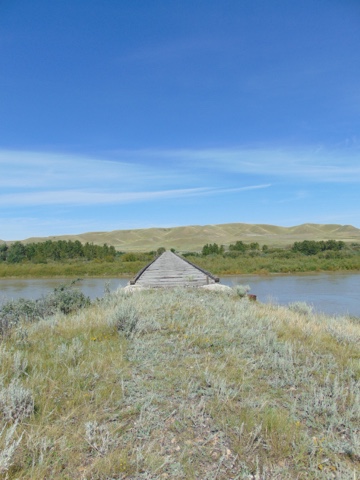 The bridge has a wood deck. I walked about five feet onto it and heard enough cracking underneath my feet to decide not to venture further. If I knew the decking was safe I would have walked to the other side just to say I did it. The bridge crosses the Red Deer River. 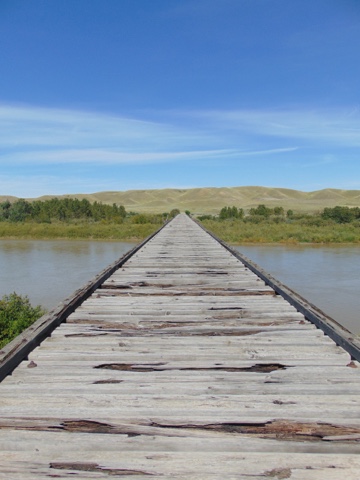