The Province of Alberta owns and operates seven ferries. They are listed on the internet but there is nothing really in the way of directions on how to get to any of them, just where they are located. I really had to scrutinize a roadmap to find out how to get to them. The government website provides a minimal amount of information which is unfortunate as I think with a bit of promotion they would get a lot more traffic. They are usually open from May to November.

Rosevear Ferry – Local road over the McLeod River near Highway 16

Crowfoot Ferry – Local road over the Bow River - 5 km south of the junction of Highways 1 and 56, on Range Road 201 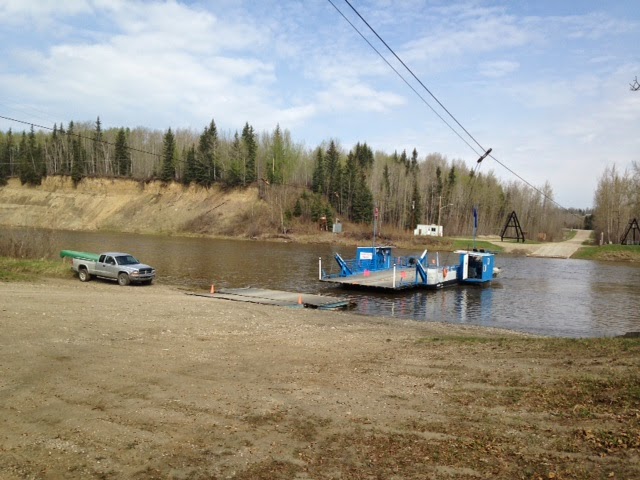 The Rosevear Ferry is a short distance north off of Highway 16 onto Range Road 154, marked as Rosevear Road, and is paved. The turn off to Range Road 154 on Highway 16 is between Nojack, Alberta and Edson, Alberta. The road is a secondary road and in fine condition. There is a bit of gravel on the approaches on either side of the river, nothing that will give a motorcycle any problems. The river is not very wide and the ride is over in a few minutes. When I was there it was not very busy. 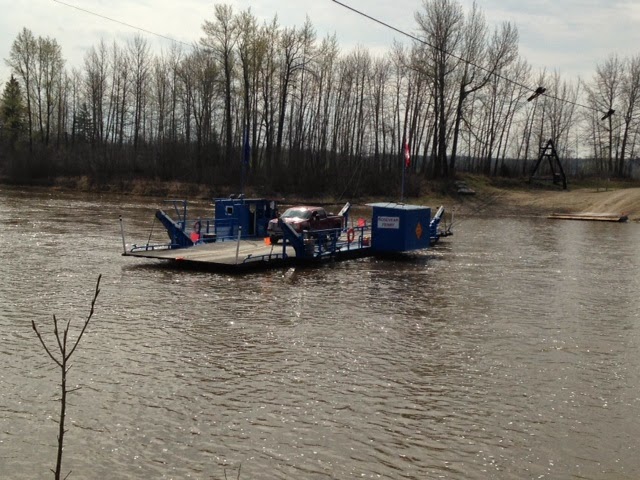 I took my bike north up Range Road 154, crossed over and took Highway 748 east to Highway 32 south back to Highway 16. I encountered so little traffic off of Highway 16 I was beginning to wonder if anyone lived in the area. Practically all of it is paved. It is not an interesting trip but it is not far off the main highway. The pictures were taken on May 19, 2014.
Posted by BWBandy at 02:30:00 No comments:

Events led to me being single in the middle of last winter and living in a different town. Life for me had changed so I decided to make some changes as well. I had previously spent too many hours doing too many things for other people. It was time to do something for myself.

I had my motorcycle license since I was sixteen and I had not owned a motorcycle for years. My good buddy recently bought a brand new Yamaha that he was picking up in the spring and getting his motorcycle license for the first time. Making it worse was that I had made promises for a few years prior that I was going to get a motorcycle. Now I actually had to follow through.


I set a budget and starting looking. I did some online research, solicited some advice, and came up with a few thoughts. First, buy used. There are lots of inexpensive used bikes out there. A lot of them get sold with hardly any use. If you drop a bike, and you will, you will care less about dropping a used one. Second, do not get something with a big engine if you have not ridden in a while or at all. My limit was 650cc. I could always get something bigger later. I wanted to get used to something smaller that could still be ridden on the highway. Last was to get something that would not kill my back after a long ride. Since I was feeling my way around with this I figured I would start out cheap and then figure out what I needed for gear and clothing once I made my mistakes.


March and April are bad times to shop for a used bike. The prices are fine but spring is on its way and the stuff gets sold if you don't act fast. I made few appointments to buy various bikes and found them sold when I got there. Another one came available at the right price and I grabbed it. 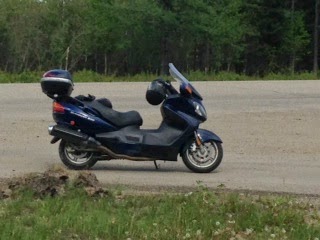 A 2003 Suzuki Burgman 650 is not exactly a motorcycle. It fit my budget. I love the storage, the top case and the space under the seat gives me lots of space to stow stuff. It is fully automatic which has its advantages as I have out cornered other riders on tight corners since they usually have to shift gears. The few times I bothered to calculate my mileage I was getting just under fifty-seven miles to the gallon. It is a lot of fun and kind of stealthy, the police do not pay a lot of attention to a scooter, which is fine since I have maxed it out to 105mph more than a few times. It is also very comfortable, I have done day long rides and felt great getting off it at the end of the day. During this last summer I put about 6,000 miles on it. The only drawbacks is that it is a little heavy at almost 600 pounds and the tank holds just over three gallons.

I really should have done this years ago.
Posted by BWBandy at 02:00:00 No comments: 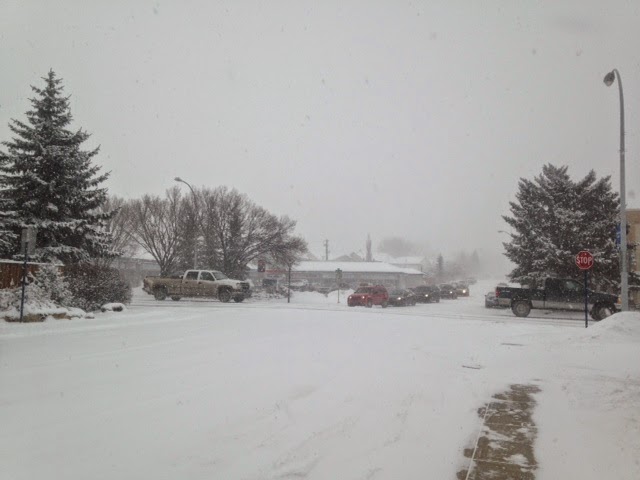 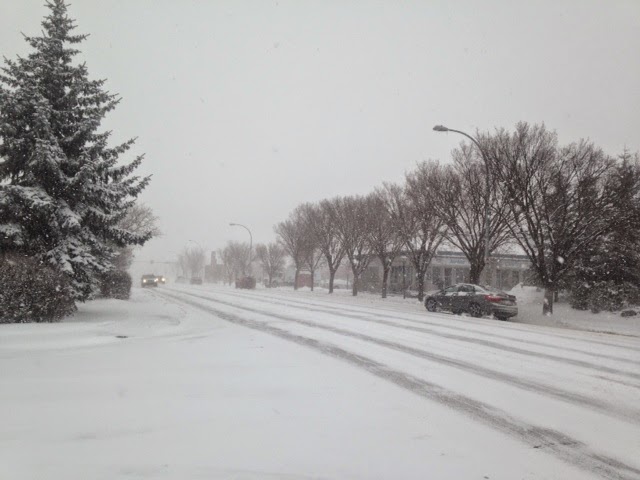 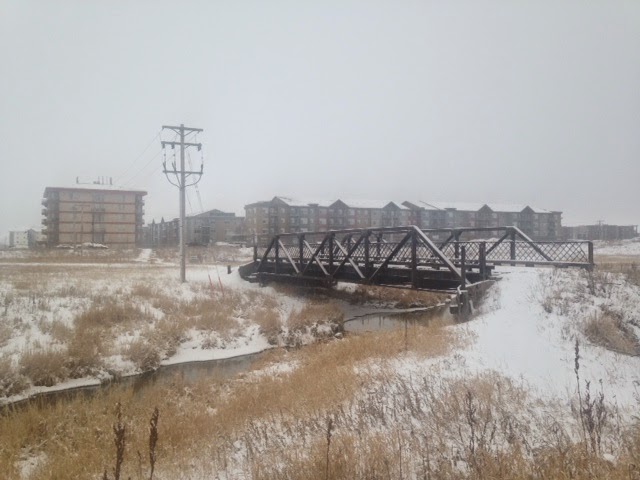 Taken November 27, 2014. Light ice crystals hanging in the air that gives a foggy look to the day.

No shortage of Castor Canadensis in Alberta

I spent some time in Drayton Valley, Alberta and beaver are all over the place there. The dams and lodges are easy to find. I have frequently seen several beaver swimming in ponds at once, getting a picture of them is a little harder. Some of the dams and lodges are quite spectacular and whenever I see one I try to stop and get a picture of the more interesting ones. These were taken during the summer of 2014 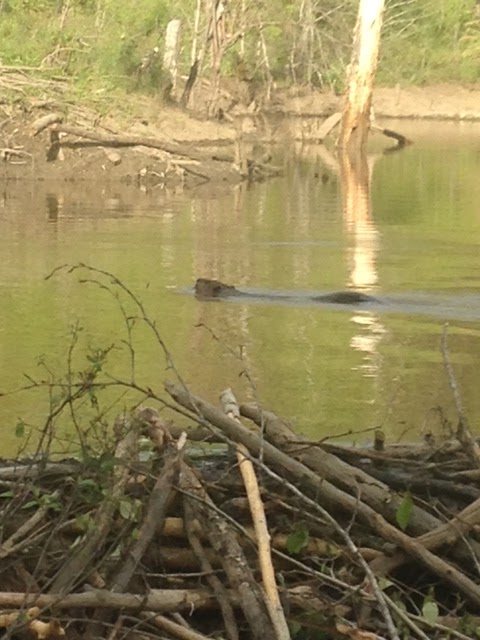 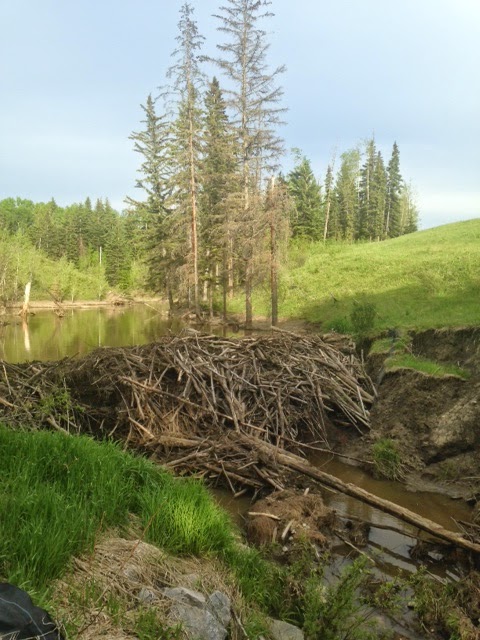 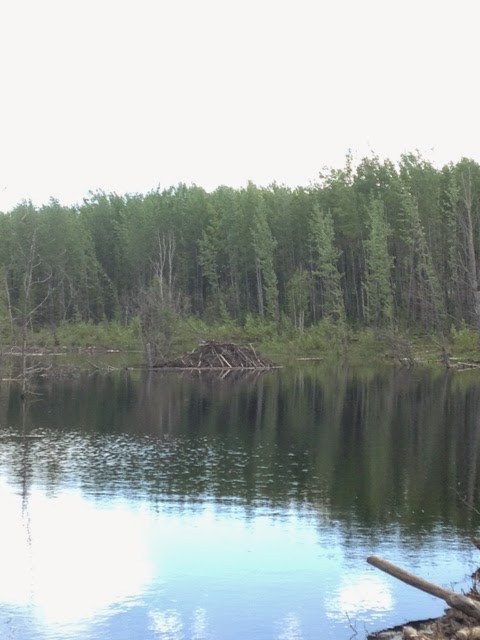 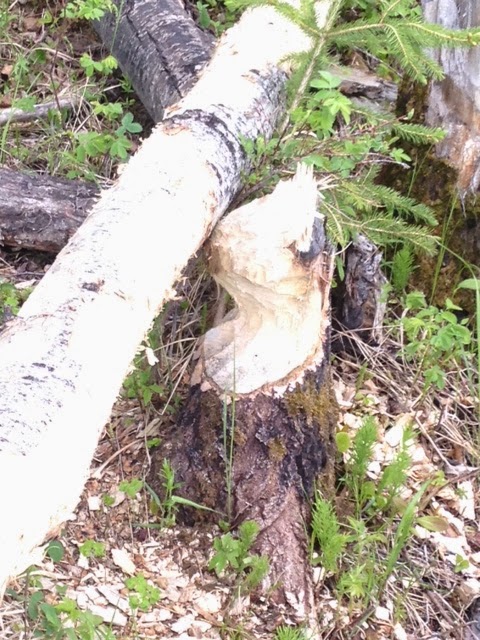 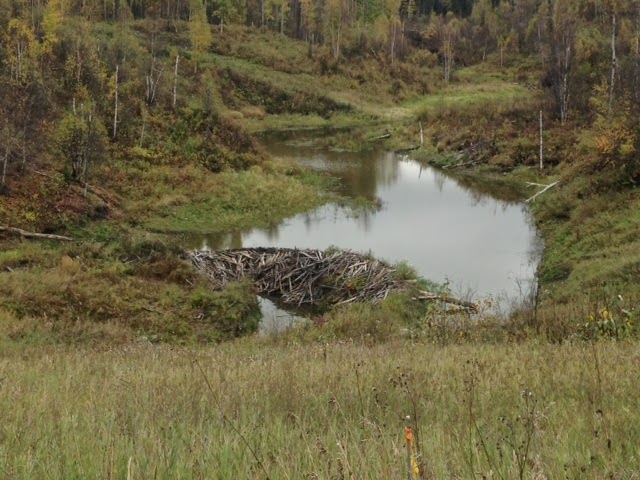 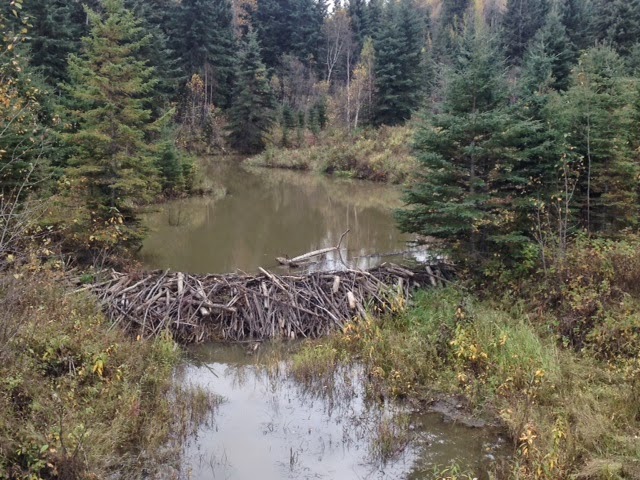 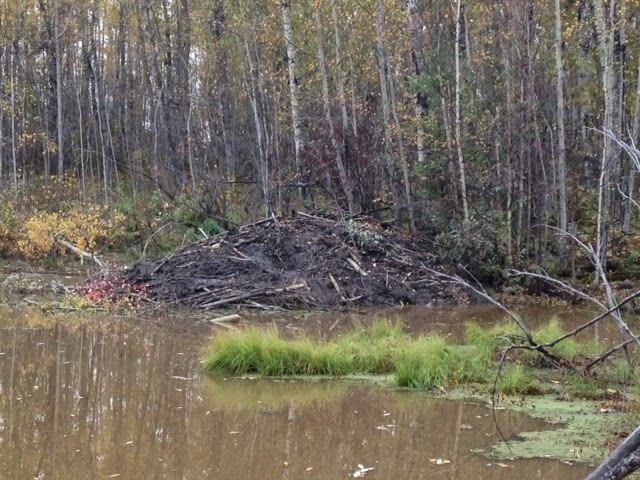 Love and hate with a 2002 Hyundai Sante Fe

I drive the above because I am cheap and also because I am going through a divorce. The divorce is a topic that I may or may not ever get around to writing about. The Hyundai was a relatively decent vehicle until a few years ago when it decided to come up with several problems all at once. The windshield has a few cracks and it needs to be replaced. The brakes were redone earlier this year. The top of the steering wheel decided to come apart in my hands one day. The power windows decided to develop a mind of their own as well as some other electrical issues. The rear hatch refuses to open. Sometimes it does not like to start after putting gas in it. It could use a tune up and I am reasonably sure the timing belt needs to be replaced. It has become increasingly hard on gas. It has started to develop some rust at the rear wheel wells. These are just the highlights. The irritating thing is that it only has 170,000km on it and has been reasonably maintained and has never been in an accident. It should be in better shape

Last Thursday I hopped into it during lunch, turned the key, and watched as the passenger window decided to roll itself down of its own accord. Then it refused to go back up. I quickly dropped it off at a shop and told them when they get the window back up to disconnect the power because the Hyundai has some weird electrical issues that I really did not feel like fixing. I just wanted a quick and dirty solution. The cost was minor. I picked it up, drove it home, parked it for the night after six, and went inside.

Friday morning I walked over to start it up and wondered why all the windows were so frosted over. I unlocked the door, turned the key, and noticed the passenger window was all the way down again. The temperature was about -20C overnight. There were no footprints in the snow on the passenger side and a quick check confirmed nothing was stolen. Once the windows were cleared I dropped it back to the shop before work. By chance I ran across the mechanic when I picked it up and he told me his mistake was that once he got the window back up the day before, he reconnected the power supply. This time he got it back up and made sure there was no power going to the window. It is not going anywhere now.
I am looking for something else to drive right now. I have mixed feelings about driving a different vehicle and ditching the Hyundai. For all of its faults it has never stranded me. It is just ugly enough that no one will ever steal it. The all-wheel drive has kept me from being stuck in some ugly Alberta snowstorms. The turning circle is tight, I can manoeuver practically anywhere. The V6 will still do over 100mph on the highway if needed, although it is starting to complain about that. Unfortunately it has to go as it is starting to cost me real money.
Posted by BWBandy at 09:42:00 No comments:

Between Cochrane and Waiparous, Alberta 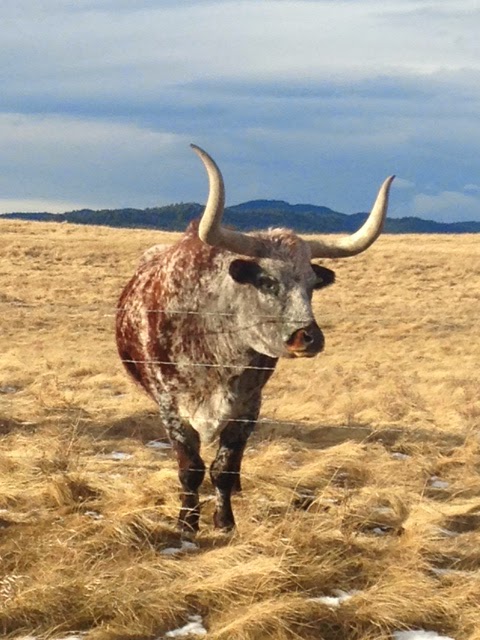 I started this with a couple of test posts a month ago. I did not like the way it looked so I stripped the content. Then I played around with some settings. Then I ignored it.

So I think I know what I want to do with it now. Maybe. This is going to be a bit of an experiment and a bit of a work in progress. Subject headings and titles may or may not bear any relation to the material posted. Other than that I am still feeling my way around with this thing.