Tuesday night after work I drove out to visit mom. She seems to be doing well.

Mom had me dig out a container of photos that we looked through. When I was a kid my family was never big on taking photos. Some of the reasons may have been buying a camera and film and then getting the photos developed. Starting out my parents did not have much and owning a camera let alone taking the occasional photo was likely a bit of a luxury. My father definitely did not like having his picture taken so there are few photos of him.

The photos of days gone by are nowhere near as sharp and clear as the photos of today. The old photos are less sharp, a little blurry, like my memories. We were not good at labelling photos, there were quite a few where mom and I could not remember who a lot of the people were. I wish we would have made notes and comments on the back all those years ago. Mom is no help, her memory is markedly failing these days.

No nostalgic stirrings for me. I am a solo act with no descendants and no one to pass anything on to. If anything, I think more about the present and the things I have to tackle in the future. I have no interest in taking possession of any of the photos. To me they belong to another time.

One thing that stuck with me after sifting through some memories of multiple places where I lived. We had a lot of God awful ugly furniture.

If this is Wednesday then this is a Cpt Mo post 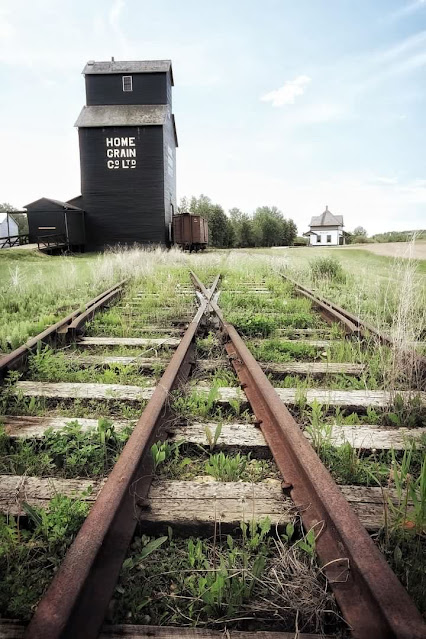 I managed to visit Cottonwood School in 2021.
The view from here: Cottonwood School (everybodyhastobesomewhere.blogspot.com)
I saw a Facebook post yesterday that the new owner of the farmland where this old school is located burned it down.
I can see  his point. The place was in poor condition and it was a liability hazard. There is the issue of people venturing out to see the property, creating a nuisance, and trespassing. There are a lot of old places that are far beyond saving. Get out to see them while you can.
Posted by BWBandy at 09:30:00 4 comments:

I have been busy.

I recently completed a twelve course program. I have been reminded via email several times by the institution that there is a framed certificate waiting for me to pick it up. They are only open Monday to Friday and are not open late. This has been going on for a few months.

Their office is in Edmonton, Alberta. I do not live in Edmonton. I suggested they mail it to me. Personally I do not care if I get it or not. There is an official record of me passing all the courses, I really do not need the framed certificate to hang on my wall. They responded that they cannot mail it me as it is framed and fragile.

I responded that I am busy and I am not going to sacrifice any of my precious time off to pick it up. They can send it to me or keep it. My last response was that one of their members lives in the same town as me, they will arrange to meet me so I can take it off their hands. Since they are going to this effort I will accommodate them. This is some of the dumb stuff I have been dealing with.

My sister has been at mom's condo cleaning out stuff. Most of the items have been removed. Mom is the original owner and she has never used the built in dishwasher. My sister tried out her washing machine, it has been good for years except it leaked with the most recent use. I figure it is easier to disclose this when the unit goes up for sale, let the price reflect those issues, and let the new owner deal with it.

I was there last Saturday and Sunday. Monday was work, then after work I drove an hour and fifteen minutes one way to do some work and drove the same hour and fifteen home. This is getting damn tiring. I have not been there the last few nights, I need some time to do some of my own things.

Mom never did any updates to her condo. My sister wanted to have it painted before it went on the market. I argued against that. I lost. I have a painter hired to repaint it sometime in the next week. Other than that it will need a good cleaning.

There are some items left to find a new home. Some stuff will be trashed. There is a lot of paperwork to destroy, financial records going back almost twenty years. I think I found a place where I can burn them, much faster than shredding them.

I hope to have the condo on the market in a few weeks. Not long after that I have a three day holiday. I will need it. 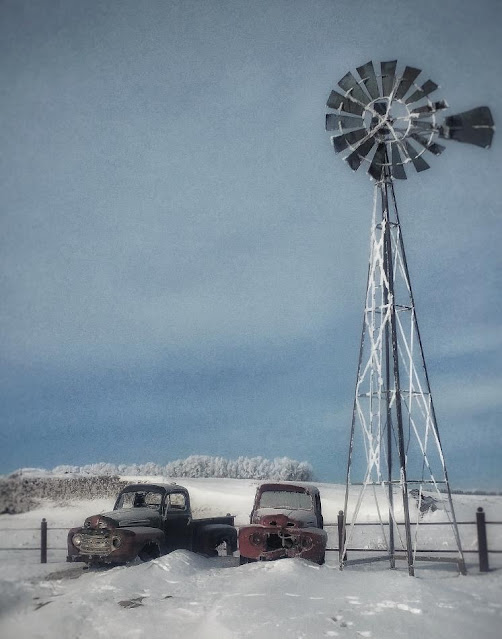