Old Wives is an actual place in Saskatchewan. I drove through August 20, 2016. There is no official sign pointing it out. Apparently Old Wives is named after a legend that a Cree camp was attacked by the Blackfoot and the older women could not escape and drowned in the lake trying to get away. Officially Old Wives has a population of zero.

I am guessing that from Highway 363 that Old Wives is or was at the top of the hill on the gravel road. I drove up and there are a couple of farms at the top with some old buildings on the property. I declined to take any photos at they were surrounded by junk and falling apart. 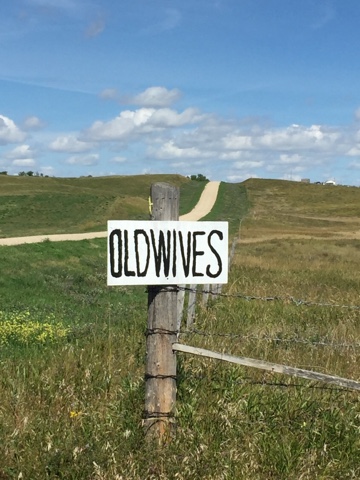 This is from the top of the hill looking south. At the horizon is Old Wives Lake. 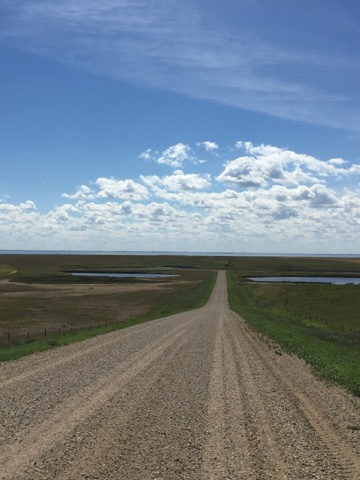 This is just by the intersection. The ranch has a mobile home on the property so I just took a photo of the sign. 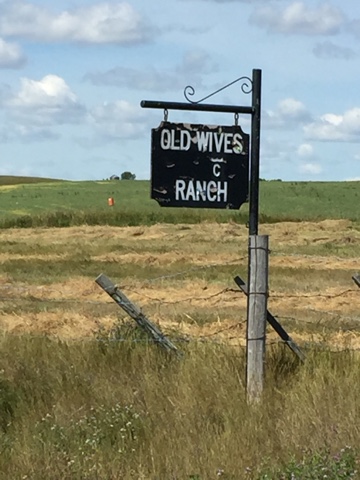 The only official sign marking what once was a place where people lived. 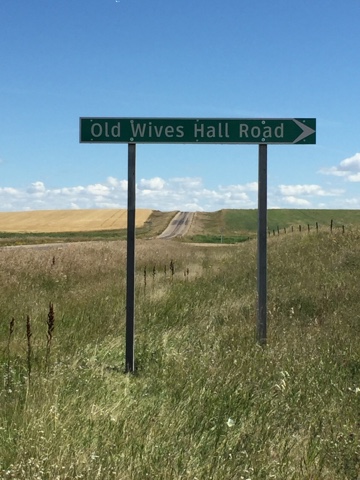