Riverhurst, Saskatchewan July 16, 2016 crossing Lake Diefenbaker. This lake is the biggest one in southern Saskatchewan although it is not a natural one. The highway on the south side of the ferry is fine. The highway on the north is paved and narrow and has issues with the aftermath from frost heaves. There really is not much to see on this crossing. I have been on all of the operating ferries in Alberta and I am trying to cross the Saskatchewan ones off my list. A person needs to have some goals. The crossing was less than what I expected. I really do not know what I was expecting.

The lake is named after one of our more interesting Prime Ministers. I doubt "Dief the Chief" could get elected in this day and age. Saskatchewan was his home for many years. As Prime Minister he and Eisenhower got along well. He and John Kennedy did not really get on well. 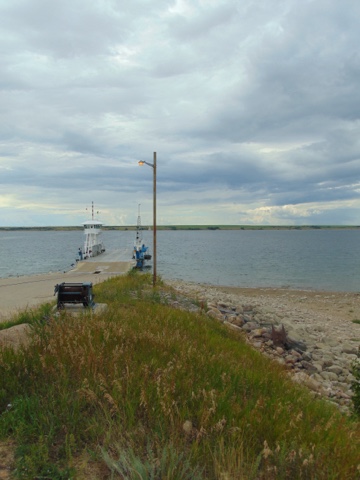 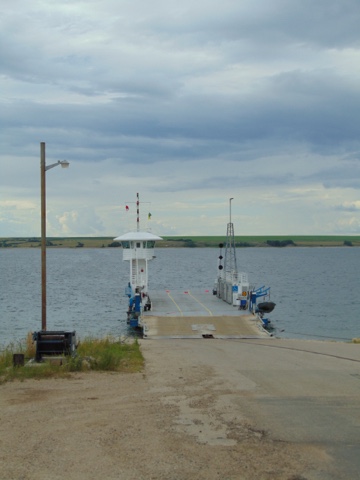 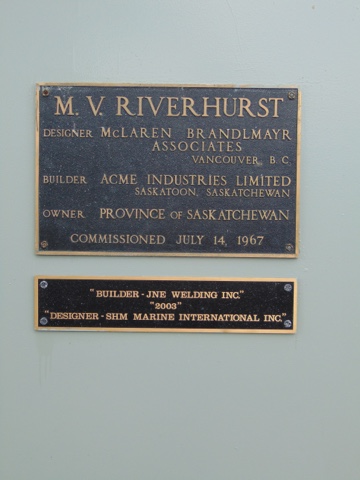 Lake Diefenbaker at the midpoint. 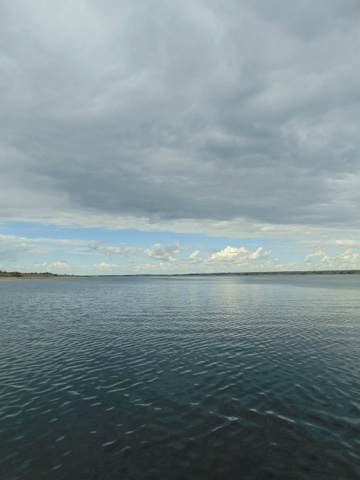