Bird is the word

I got lucky with this. My subject decided to like posing and I got several shots. This was in the Hand Hills of Alberta August 29, 2016. I think it is a Spruce Grouse. It was in some scrub brush and I think it thought I did not see it. 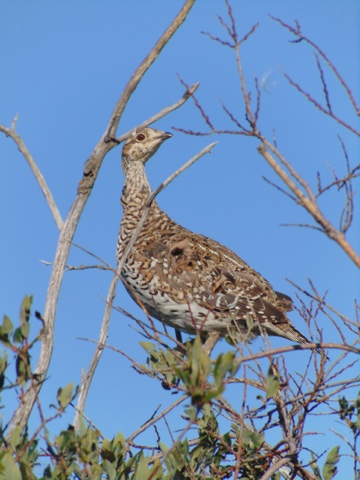 These birds are all over the place and just love to sit in the middle of a rural gravel road. They are not smart and I have had to avoid running over them several times on trips out in the country. Trying to get a photo is another matter. After many many attempts during the past few years I finally got the opportunity. I think he above photo is my best one. What was maddening was my camera started turning itself off due to a low battery. I was lucky to get anything at all. Some of other attempts: 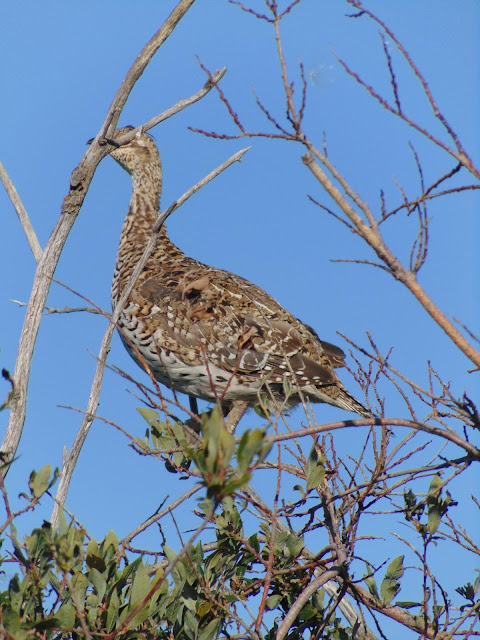 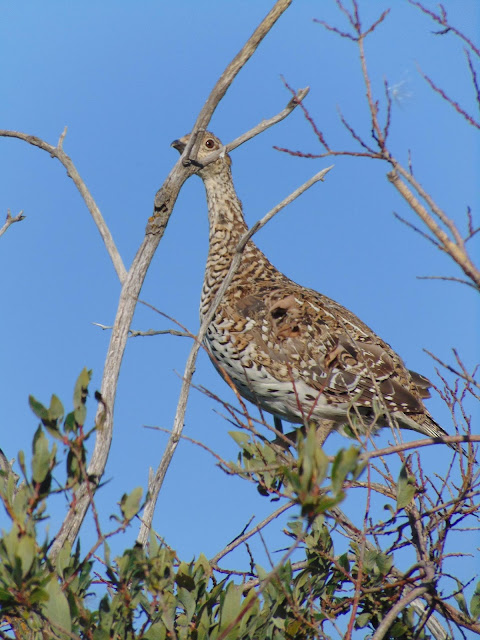 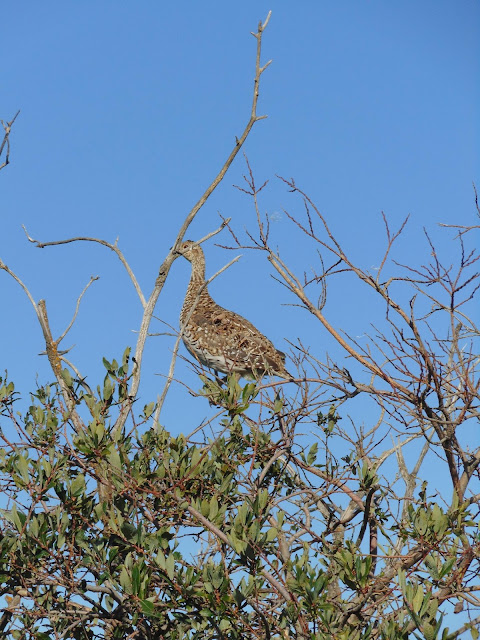 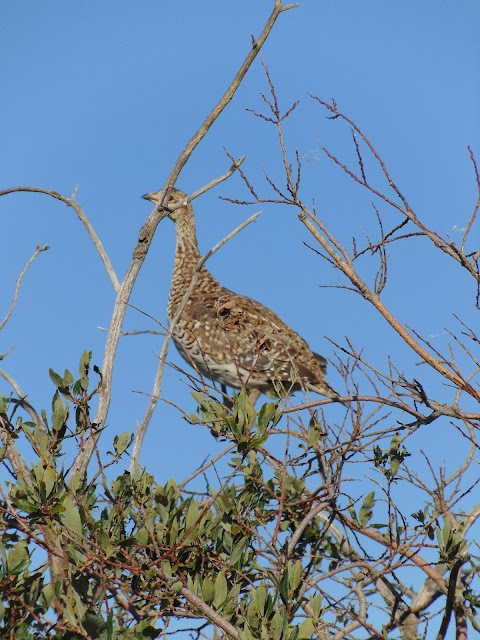 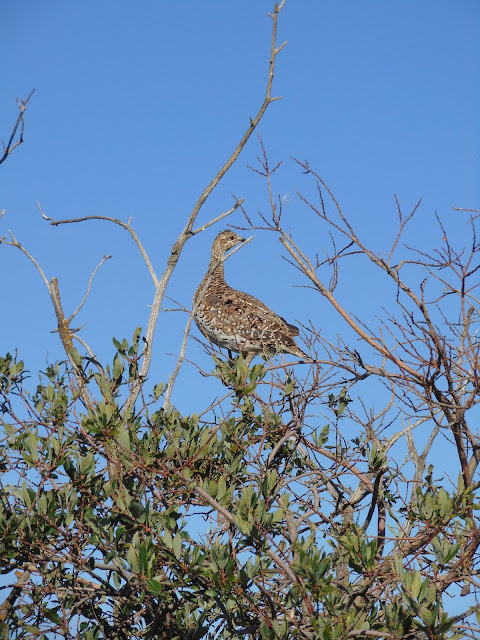