Say it with potatoes 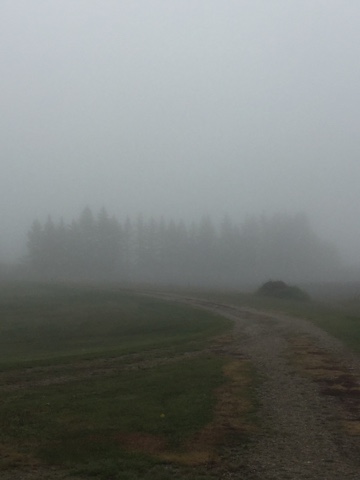 My mother's side of the family is cheap. Not frugal, cheap. My mother's parents were not that way.

I have not visited most of them in years. The only reason is that sometimes you have no relationship with people. Through the years I increasingly found I have nothing in common with them. Any social encounters with them end up without having much to say to each other. If I feel the need I can have an awkward interpersonal interaction trying to date someone rather than relatives.

My mother had some snow tires on rims stored at her brother's acreage about twenty minutes north of where my mother lives. I got roped into having coffee upon arrival when I had planned on just picking up the tires and heading back to mom's place. My uncle Richard (not his actual name) talked for a short time over coffee. My aunt is one of those ultra liberal types where I am not. She asked me if I wanted to participate in a march against something or other. I politely declined.

When I was walking out the to go to the shed to load up the tires my uncle asked me if I wanted to take some potatoes to my mother. He said he had so many of them from his garden they would never be able to use them all and he was giving them away to anyone who wanted them. I really did not want to be schlepping a bunch of potatoes however to be polite I accepted. He said he would be right back and showed up a few minutes later with a plastic bag with four small to medium sized potatoes inside for my mother.

Mom had broken her foot in July and should have her cast off later this month. My sister was also up visiting mom with me on Friday/Saturday/Sunday. We cleaned, vacuumed, took out her garbage, did her dishes, and I got the oil changed in her car and left if with a full tank of gas. My sister took mom out grocery shopping. Mom can be a bit trying so I am amazed things went as well as they did. On the way home Sunday I decided against sending a handwritten thank you note for the potatoes.
Posted by BWBandy at 07:00:00