View from the Capilano Bridge on Wayne Gretzky Drive. As an aside I would like to see roads named after actual heroes rather than sports heroics. As a further aside I always thought that some small town somewhere could gain some recognition by holding some kind of contest where the winner would get a street named after them.

I lived close to Edmonton for about twenty years. It was fine then. I do not like going there now. Edmonton is a pain trying to get a lot of places on a north/south basis. It is getting better. What I dread about going there is the unreal amount of road construction. If they ever finish it should end up looking like a nice place. 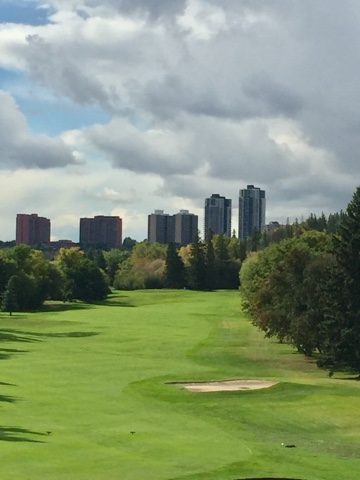