If you are going to commit a major crime in Airdrie, Alberta your best bet is to do in on a Tuesday or Thursday. Those days are court days and the side streets around the courthouse are taken up with various levels of law enforcement.

All of the law enforcement vehicles look really new and very sharp. Whatever downturn there is in the economy has not affected them. Years ago during a severe national recession you would seen some obviously worn out RCMP vehicles on the roads. I have not seen one that looks less than new or close to it in years.

As a side note I really hate those ultra thin light bars. At a distance on the highway it is hard to see if a white Ford SUV approaching you is the police or not. All police vehicles here in Alberta seem to be made by Ford. 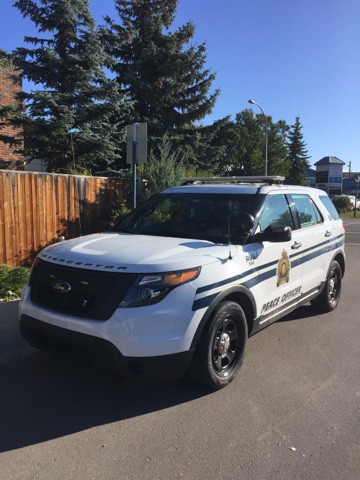