This is unique. I was in the Rogers Pass on September 9, 2017. This is in Glacier National Park in British Columbia and this particular spot is just off Highway 1. These columns are the remains of a railway trestle that was made of wood, then replaced by steel, then abandoned when the Connaught Tunnel was completed.

The trestle was completed in 1885 as part of the grand plan to build a railway across Canada. The problem with the Rogers Pass is it gets a lot of snow and is subject to avalanches. It was a nightmare dealing with snow keeping the railway running through the Rogers Pass. On March 4, 1910 an avalanche from Mount Cheops, to the north of this spot, killed fifty-eight railway workers in Canada's worst avalanche accident. They were killed clearing snow from the railway from a prior avalanche. The Connaught Tunnel was completed in 1916 making it less hazardous and this part of the railway was abandoned. The tunnel is just over five miles long and goes under Mount MacDonald.

There are two sets of these supports. The rail line did a loop over Loop Brook to gain elevation in a short space to make it through the pass. It was raining when I stopped here and never stopped. It did not take me long to get soaked and it was worth it. I was amazed how massive and tall these are. I cannot imagine the amount of work it took to build these. 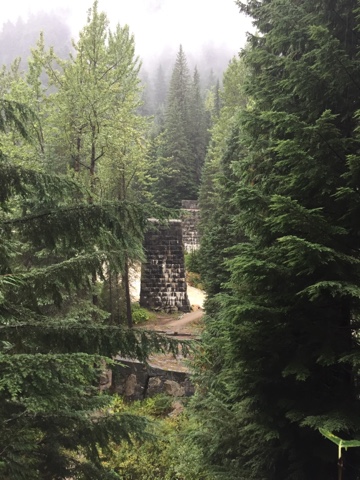 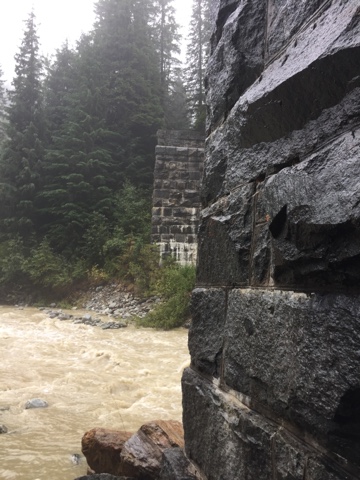 It must have rained heavily earlier. The rushing water was loud and I could hear rocks and see pieces of trees being carried along. I was on a foot bridge checking out the trail. 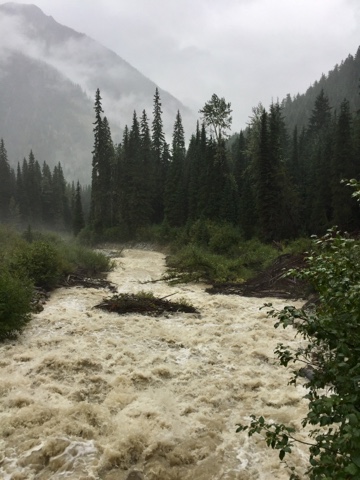 There was a plaque nearby stating that this column had been undermined by the creek at one time and an avalanche toppled it. 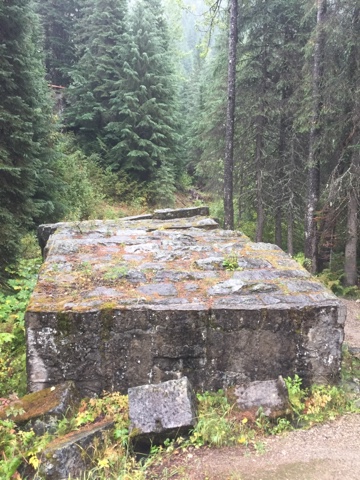 Hiking through the trees you can see evidence of an avalanche 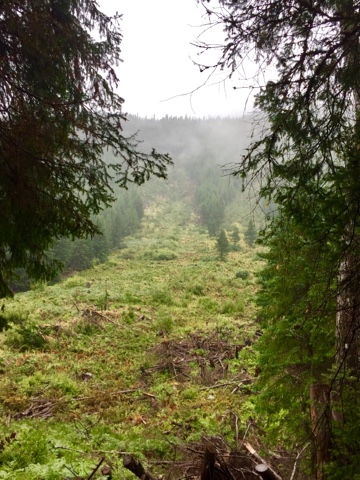 It is kind of odd seeing pillars like this in kind of a rainforest. 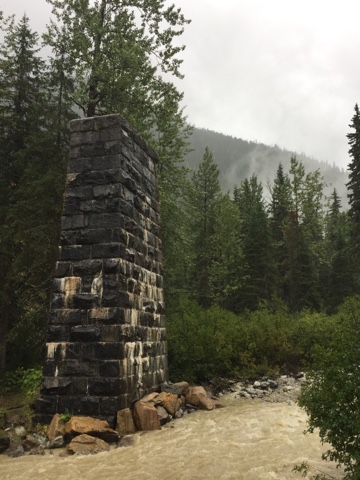 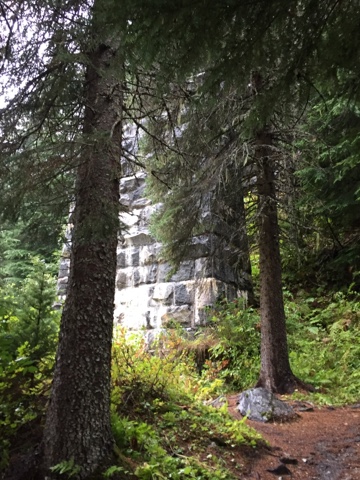 This is part of the lower set of columns. There is a paved road where there is a campground in the trees. Seeing this just after you turn a few corners off the highway is quite the sight. 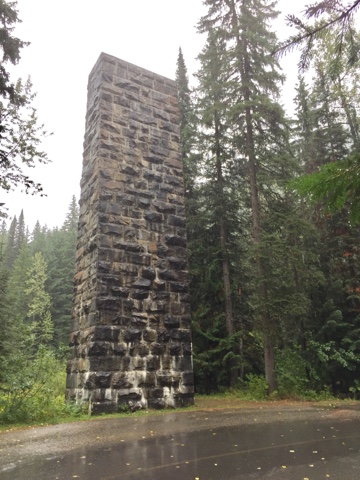 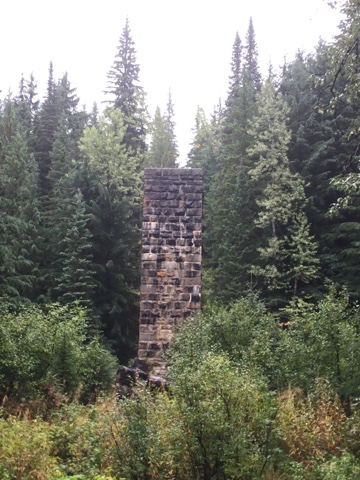 I was soaked from the rain and heading back to the car when I saw this diagram. The bigger blocks in the diagram are the two sets of columns for the trestles. The dotted line is the old railway that curved like this in an increasing slope so the trains could gain elevation in a restricted landscape to make it through the pass. The current railway runs alongside Highway 1 which is the wider solid white line. 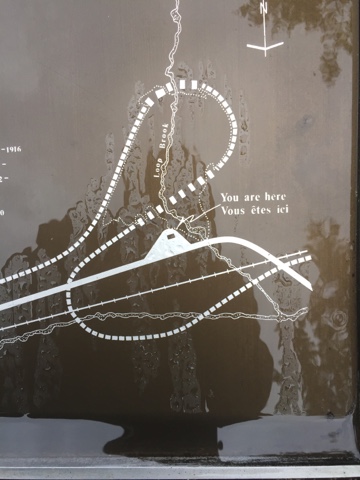