North of Minburn, Alberta on September 2, 2017. The AMA (Alberta Motorist Association) had signs all over the province pointing to places that were active and a lot that were not. The signs have not been maintained in years. A lot of them are still holding on. I believe they will never be updated. It is a matter of time and money as well as technology. GPS has largely nullified the need for these. I like running across these in rural areas. They can lead you to interesting places. 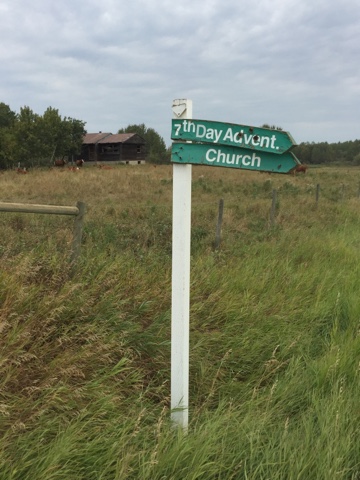 I did not find any information on this place. If I had to guess I would say that the building is a former United Church before it became a Seventh Day Adventist Church. It has the style of a number of United Churches that I have seen many times. There are not a lot of Seventh Day Adventist Churches in Alberta compared to Catholic, Lutheran, United, or Anglican Churches. 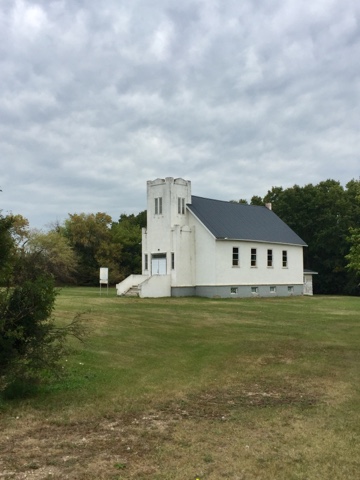 The sign saying it is a Seventh Day Adventist Church is getting badly worn. 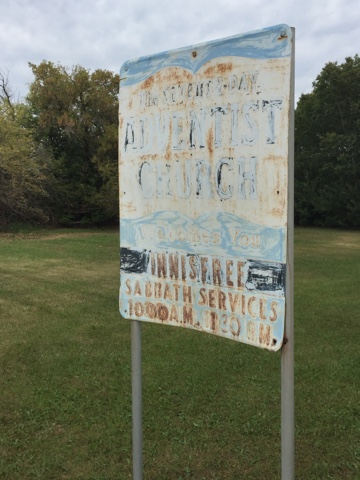 The entrance to the sidewalk is completely blocked by trees. I had to go around the trees to see the church. 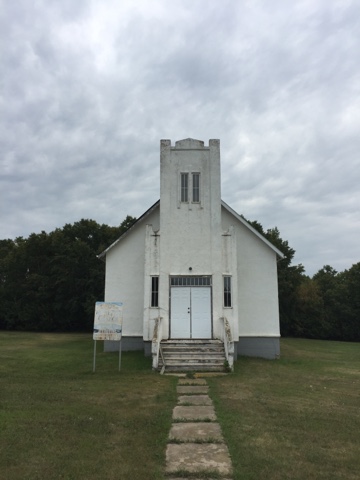 One day someone locked the door and left it. Someone has mowed the grounds so they have been maintained. Time will likely claim it now. 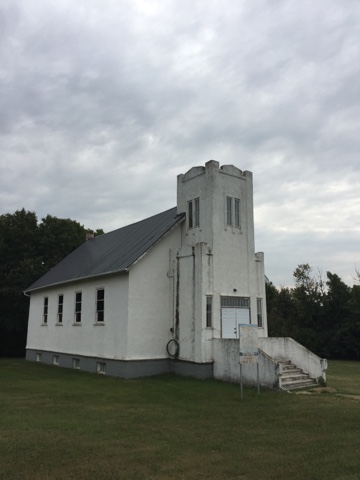