This is a photo of my father on the left and his brother on the right. My father died on March 5, 1997 at age fifty-four. He was the youngest of six kids, three boys and three girls who all grew up near Rocky Rapids, Alberta. I still miss him to this day. Time heals, but not completely. His brother on the left died on November 7, 2014 and made it to eighty. He was the last of the immediate family.

The photo was taken somewhere near Banff, Alberta a few years before he died. He had always wanted to take a pack horse trip up in the mountains and he and his brother managed to get that crossed that off their list.

Scotch was his drink and I will have one sometime today in memory. 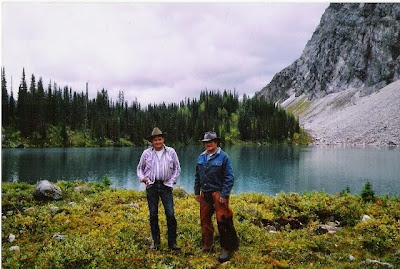