This was quite the school that once again is in the middle of nowhere. On this particular road trip my good buddy joined me. This is a bit of an anomaly, a two room schoolhouse on a full basement. The front door has a locked padlock on it, which is funny because you can walk right into the school from the back. The entranceway is unique, there is a staircase going up to the classrooms and a two sets of stairs on either side going into the basement. This is a solid school with a concrete basement, something you rarely see in very rural areas. Apparently the lower grades had one classroom and the upper grades had the other. That only lasted for a few years as the number of students declined and one classroom was turned into the living quarters for the teacher. At one point the school briefly closed in its early history just after the Great Depression. Teacher turnover was also a problem with a new teacher every year. This is understandable, it had to be tough to be a teacher in rural Alberta in those days. The pay was not great and in some poor school districts teachers were paid with promissory notes.

The school was names after Surprise Hill which was one of the few places in the area to be named. Apparently a lot of places did not yet have names. 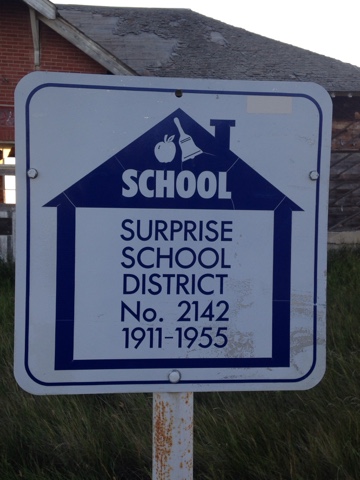 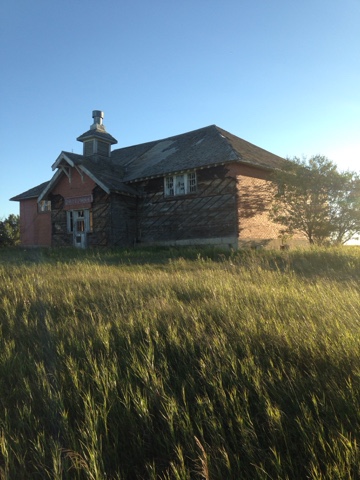 Rear view of the school. It had nice big windows at one time. The chimney is about to fall apart at the top. 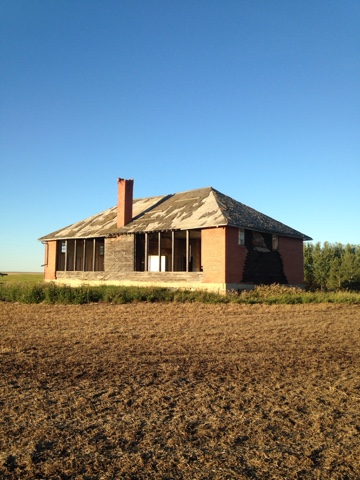 These doors cover a set of stairs going to the basement. We explored the basement but did not take this route. 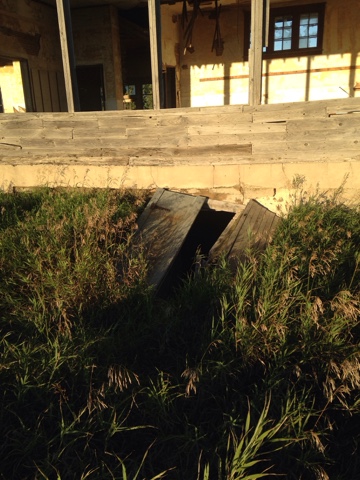 Basement. This was really a dumb idea to explore the basement. The concrete walls have been buckling over time. Everything looks solid. There was nothing in the basement except the boiler. I am guessing there might have been a coal chute at one time. 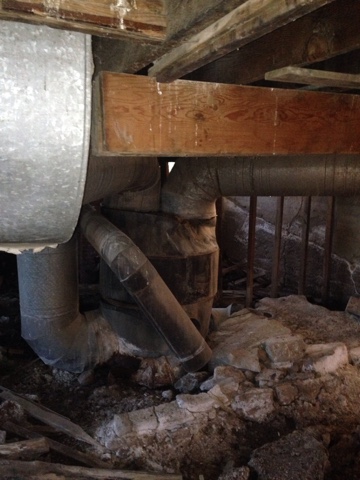 This is a unique school. There is one farm in the immediate area. It would have been interesting back in the day to see what things looked like back then. A bit of casual research says there were no roads in the area when the school was first built. Something else noteworthy is that the only way in or out is through the front doors other than the steps leading to a basement doorway. There is no way this would pass inspection today. This was the last stop on a Saturday August 22, 2015 road trip and a find like this was the highlight of the trip. 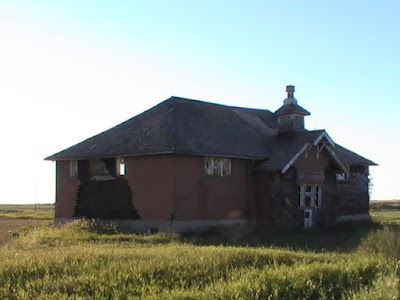