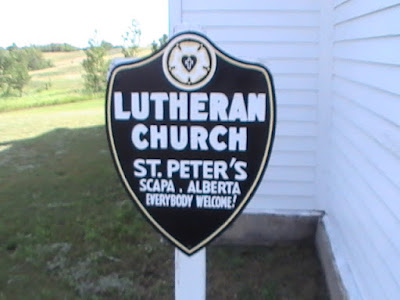 “St. Peter’s Lutheran Church was originally built in 1911 to serve a Lutheran parish in Wetaskiwin. When this church disbanded in 1920, the congregation at Dowling Lake (now Scapa) decided to move the building to their community.

Over the winter of 1920-1921 parishioners dismantled the steeple and cut the church into eight-foot sections for loading onto railway flatcars. It was shipped to Craigmyle and then transported by sleigh to its current site. There the congregation rebuilt the church on a new foundation.

The history of the church reflects the broader experience of many Canadian immigrants. In its early years all services and most parish business were conducted in German, but by 1937 the church was offering English language services for those who found German difficult to follow. Gradually services in German declined until they were finally eliminated in 1961. Regular worship continued until 1978, when the congregation disbanded and the membership transferred to Redeemer Lutheran Church in Hanna. The occasional service is still held in the church, and committals are made to the adjoining cemetery.” 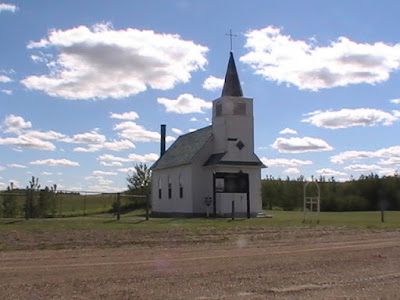 I love running across old churches. This one has tie downs to protect it from windstorms. The roof and siding looks like it suffered some hail damage. 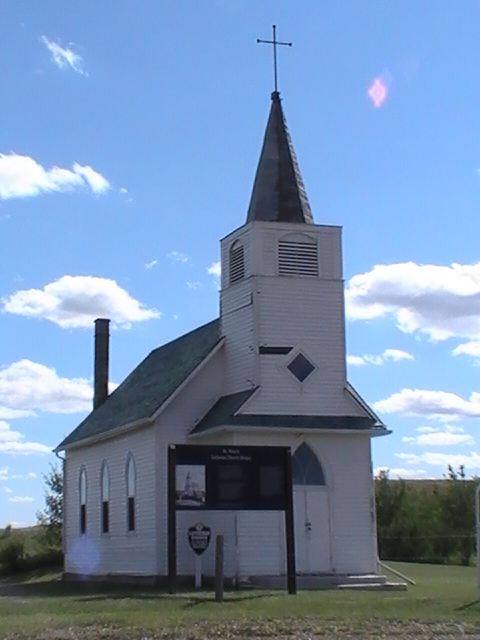 The church is locked. I could not see if there were ever pews here or not. 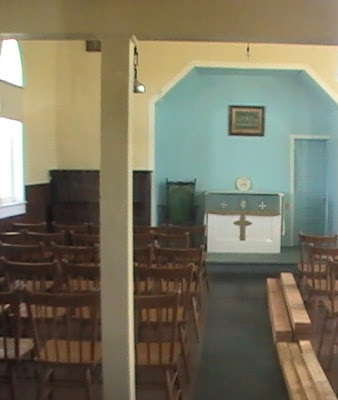 The grounds are very well kept. This seems to be a theme with Lutheran churches. 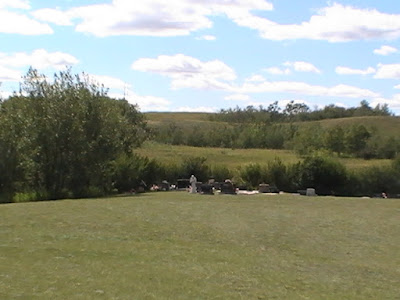 I find graveyards interesting and sad. It gives you a picture of who settled the area and some insight into tragedies. There is a set of three, possibly four graves, where they all died on the same day. You cannot help but wonder what happened. 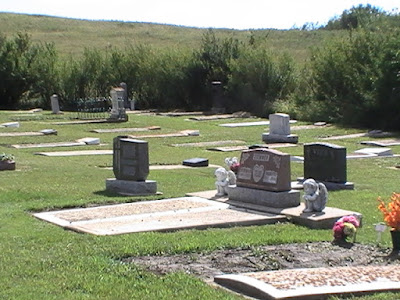 I travelled further down the road to Scapa, Alberta. It was once a rail stop on a rail line that no longer exists and once had several businesses. Hardly anything exists now. I could not see enough of what was left to stop.