How hard can it be to find a grain elevator?

Tried and succeeded in finding the grain elevator at Tate, Saskatchewan on November 11, 2017. The problem was it was not at Tate. Actually there is nothing at Tate. There once was a village beside the railway tracks called Tate that existed from 1903 - 1968. Nothing exists of Tate now. I found out later there was a stone marker showing where Tate once existed. I saw a train parked near the rural crossing. From the bare research that I did there should be a grain elevator in the vicinity. 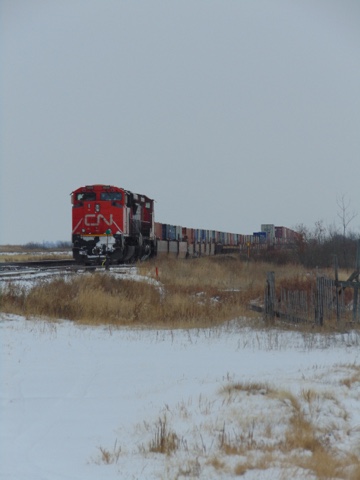 I drove a bit south then I spotted what looked like a grain elevator in the distance. Then a bit west, then a bit south to get closer. I am guessing this was the grain elevator from Tate that is now on someone's farm. It cannot be easy just to move an elevator from one spot to another however a number of them did end up in different places. This is a Federal elevator. Federal was formed in 1929 when nine companies merged together. It definitely looks abandoned. It still looks solid and should hold up for a few more years. All of the photos I took were from the road. 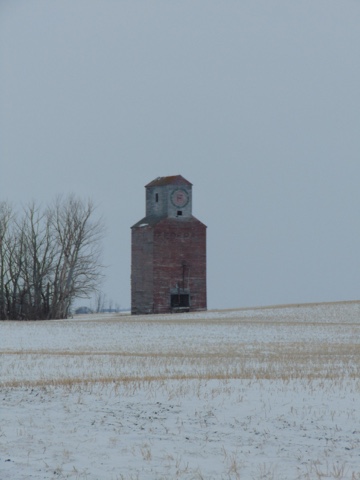 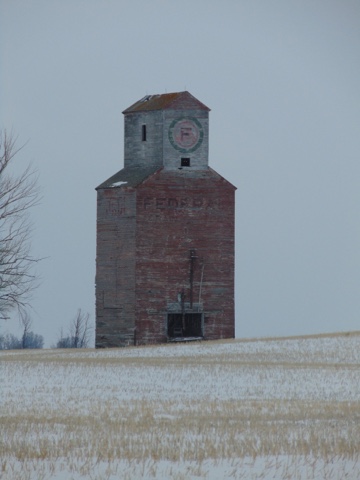 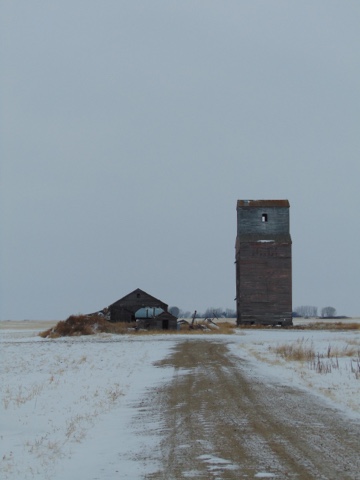