Last weekend I drove over five hundred kilometres one way from where I live to visit a cousin in Canoe, British Columbia. On my father's side of the family there are a fair number of relatives. My father was one of six kids evenly split between the sexes. My parents had two children. One brother had three, the other six, and the sisters had four each. So on one side of the family I have twenty-one cousins. My father was the youngest of his family and practically all of the cousins on that side of the family are older than me. While growing up my family lived in British Columbia and the rest of them mainly lived in Alberta. Dad liked to keep relatives at arms length.

Since I did not really have a lot of interaction with a number of them for many years I really do not know a lot of them that well. There are a few reasons for this such as time, distance, and inevitable family feuds. Over time you develop some impressions of others, not all of them positive, about people that you have not seen for years. I accepted an invitation to visit about six weeks ago. We had tried to meet up a few times prior to that over the last year and it did not work out. To me it became a bit of a running gag that she was not serious about us meeting.

To be honest I kind of did not really want to go as I did not think it would go very well however I made a commitment.  It turns out I had a great visit. I knew my cousin was smart, I had forgot just how sharp she was as well as being entertaining. Buying me lunch at the local restaurant with beer included was a bonus. We caught up on a lot of stuff and I learned a few things. To drive this distance and back in a weekend was a bit of a stretch but it was worth it. I reconnected with some family and proved myself wrong about someone. I will reserve judgment about the other family members for now. 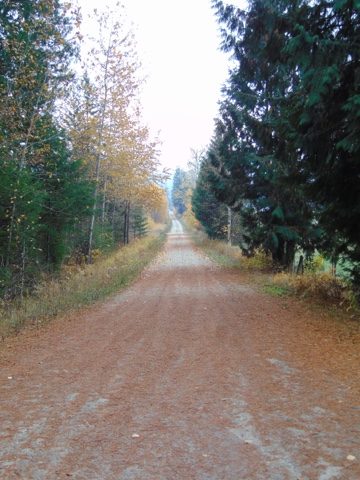