I am not really a fan of "World's Largest . . . " that you see in small towns. This one is unique. This is the world's largest paperclip in Kipling, Saskatchewan. I remember the story that went with it at the time. I found myself in Kipling on November 12, 2017 and saw a sign with an arrow that said "Paperclip". Since I was already there I just had to turn and drive a few blocks to see it. 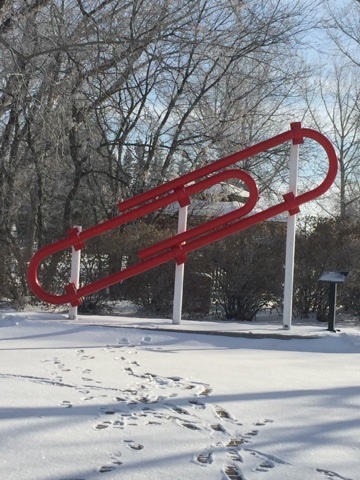 From the Town of Kipling's internet page:

"On July 12, 2005, while living in Montreal, Kyle Macdonald launched an unlikely sequence of online trades which would earn both him and Kipling places in the Guinness Book of World Records.

Starting with a single redpaper clip, the young entrepreneur began “trading up”: the paper clip for a fish-shaped pen; the pen for a unique door knob and the door knob for a camp stove.

This he swapped for a generator, which was subsequently traded for a keg party.

Ensuing trades were for a snowmobile, a snowmobiling adventure to Yahk, BC,

A cube van, a recording contract, a year’s condo rental in Phoenix, AZ, then for a day with Alice Cooper.

The entrepreneur next arranged for a double switch with Actor-Director Corbin Bernsen, an avid collector, who agreed to accept a “KISS” snow globe in exchange for a role in an upcoming Hollywood movie.

The movie role was offered online and Bert Roach, who was Kipling’s Economic Development Officer at the time, proposed to Council that an offer be made. After some negotiation, Kipling traded the house at 503 Main Street in exchange for the movie role. That final trade was made on July 12, 2006, one year to the day after Kyle Macdonald had begun his world record trade sequence with a single paper clip. The house itself is now most often referred to as “The Red Paper Clip House”.

As a part of the terms of the trade, Kipling also erected the World’s Largest Red Paper Clip, which was unveiled July 12, 2007."

Kyle donated the house to the Town of Kipling moving away in 2008. This is the house which now houses a museum and cafe. 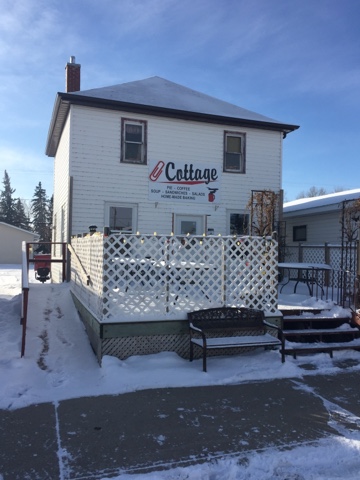