At their peak there were about five thousand one room schools in Alberta. A lot of them ceased to exist when they were consolidated from smaller to larger areas. One big reason is that roads and transportation got a lot better. Few schools exist as some were converted to community halls, some were turned into granaries, and some were repurposed as housing or storage by farmers. 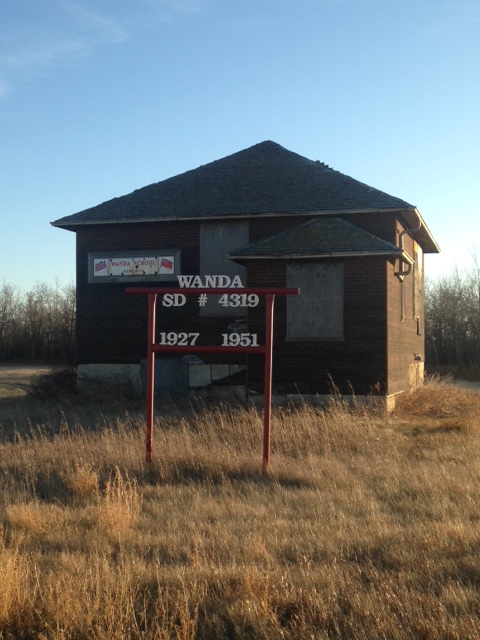 Note the Union Jack and the Red Ensign, once Canada's flag before being replaced. 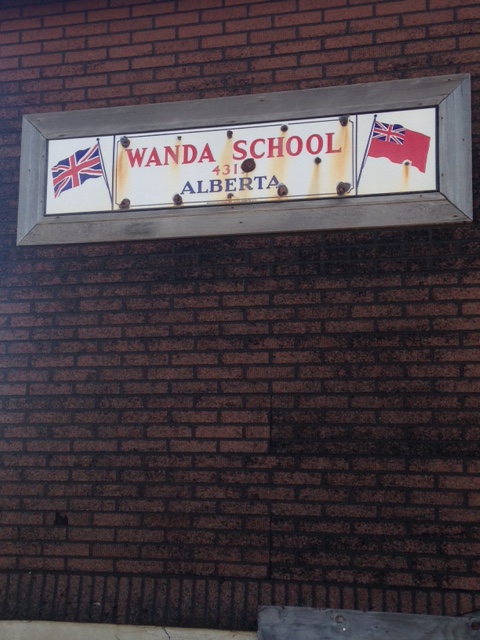 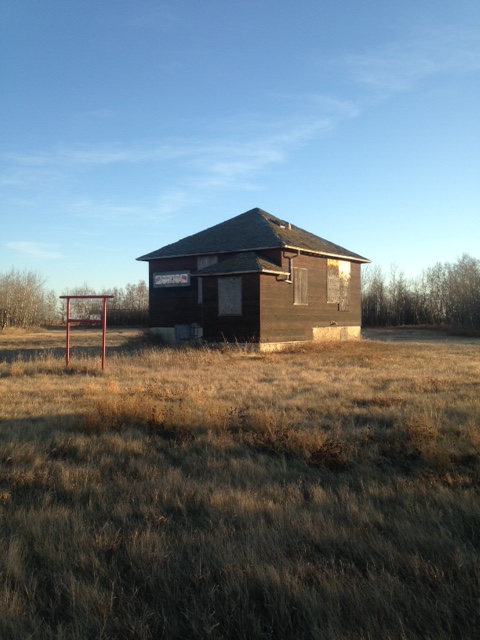 I took a peek inside. Thee is some graffiti and some minor vandalism. There is enough here that it could be restored. 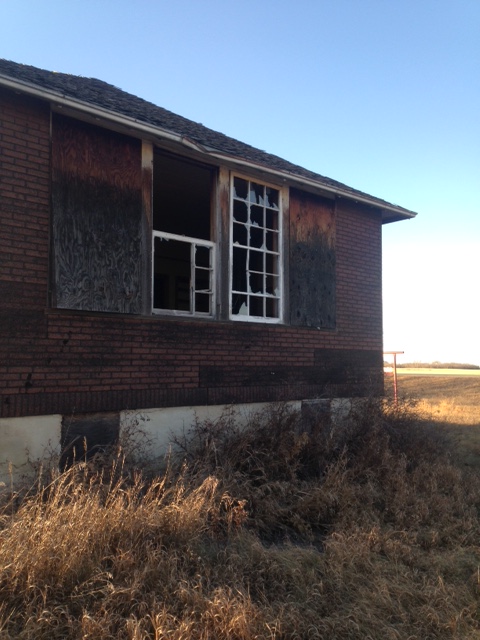 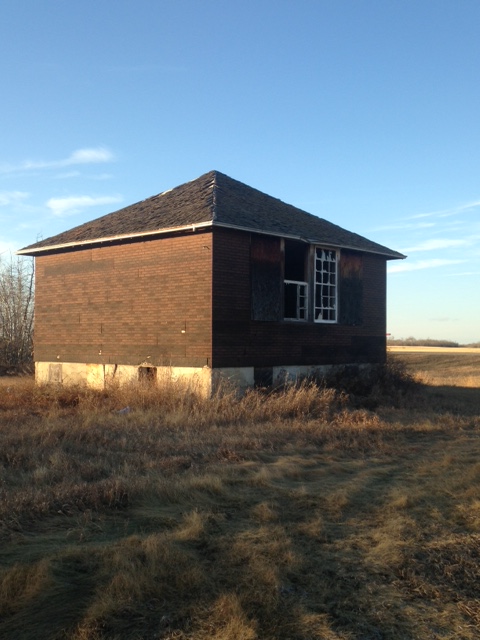