Forty-eight hours with a Fiat 500

So I decided to try something totally different. The weekend rate at my local car rental place was not much over ten dollars a day. I was going to visit my mother which was a three hour drive so I thought I would have a little fun. I rented a Fiat 500 for December 5/6 for the trip. I could have rented something bigger but I wanted something different.

My initial concern when I drove off the lot was that it would handle like a hyperactive go cart. Not at all. It was equipped with a lot of electronic amenities that I made no attempt to learn. One interesting feature was a display that constantly measured your fuel efficiency in real time. Apparently my driving habits on the highway are not in harmony with optimal fuel consumption. 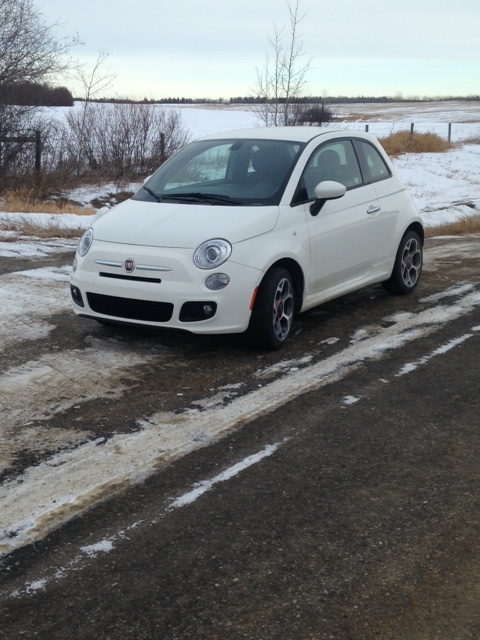 A few things. The car would have been better with a five speed manual with a turbo. I once owned a five speed Dodge Colt two door hatchback with a turbocharged 1.6 litre five speed manual transmission. Fun car and great mileage. I thought the Fiat would have been a little more frugal on gas. Maybe it is. It might have been my perception. It does have a small engine and there are times I wished there was a tad more power. This thing is tiny inside. You definitely notice another adult in the passenger seat. There is not a lot of cargo space either. 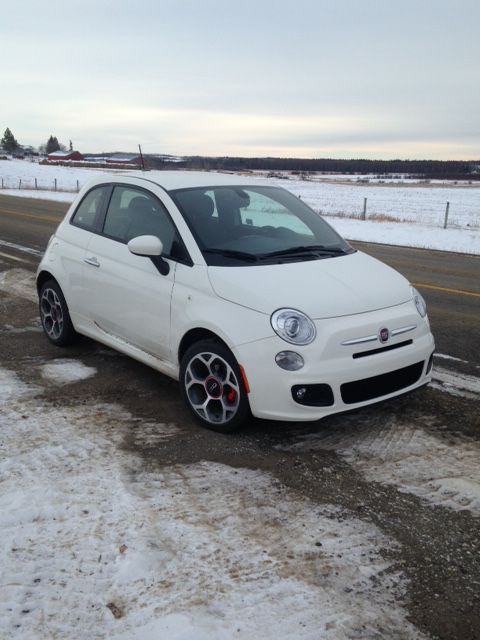 The lack of cargo space is one of the reasons why I rented it. Whenever I visit my mother she likes to load me up with an assortment of stuff to transport on the return trip to drop off to my sister. The Fiat solved some of that. Less space, less stuff to take.

I took my mother out for dinner Saturday night. It is her birthday December 9th. I was going to take the day off and take her out on her birthday. Other events scotched that plan. Sunday morning I was going to take her out for breakfast. She somewhat ruined that plan by frying up a large amount of bacon with eggs. So, no complaints Sunday morning.

As for the Fiat? I like it. I do not like it enough to ever buy one. I did manage to get it appropriately dirty on Alberta roads and return it unwashed. Priorities. 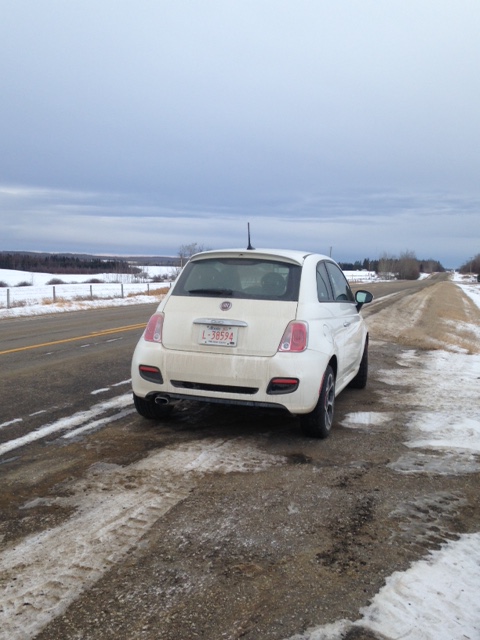