Galahad, Alberta on November 21, 2015. There are less than one hundred fifty people living here. Someone at one time decided to have some fun with the street names. 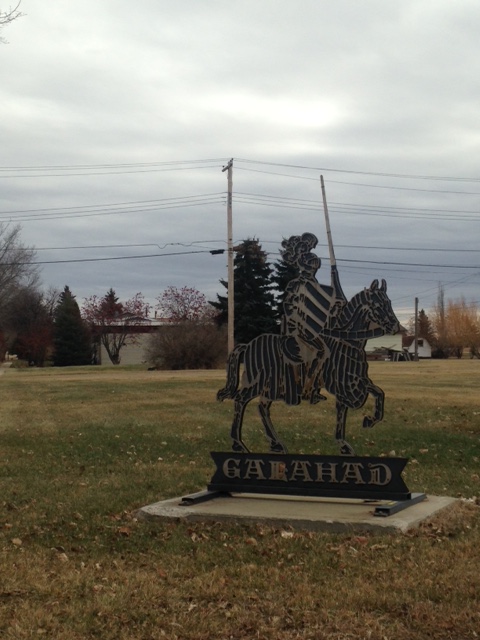 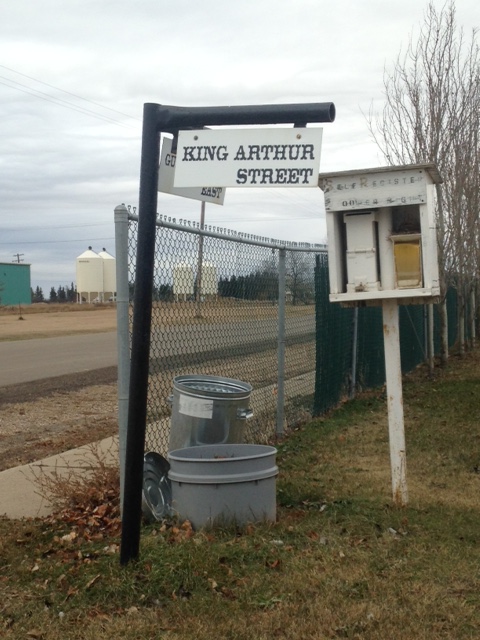 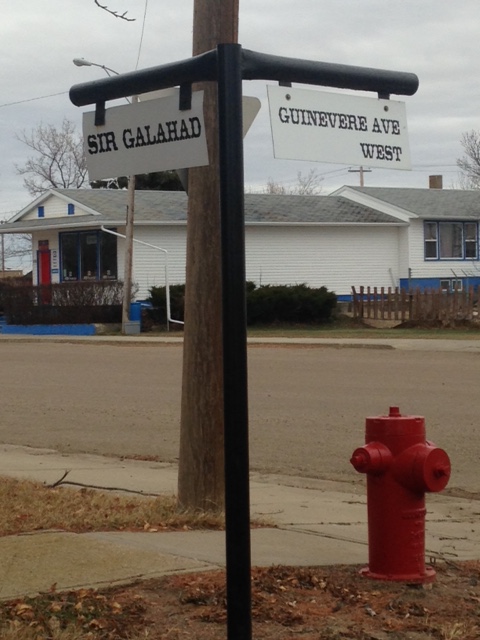 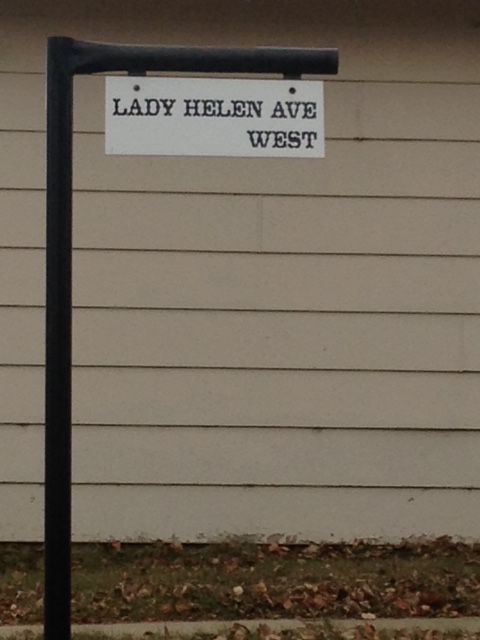 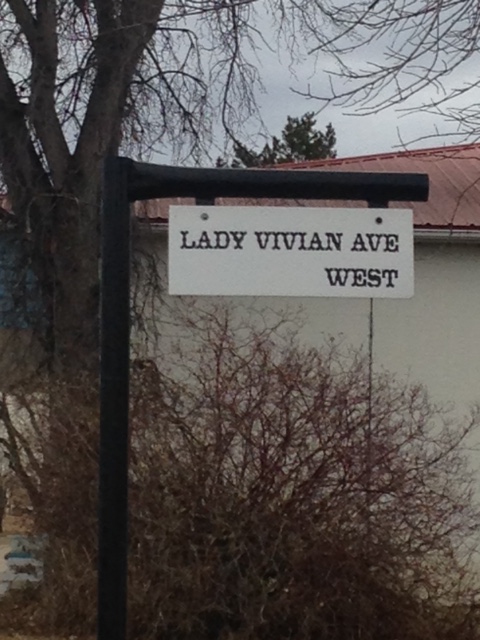 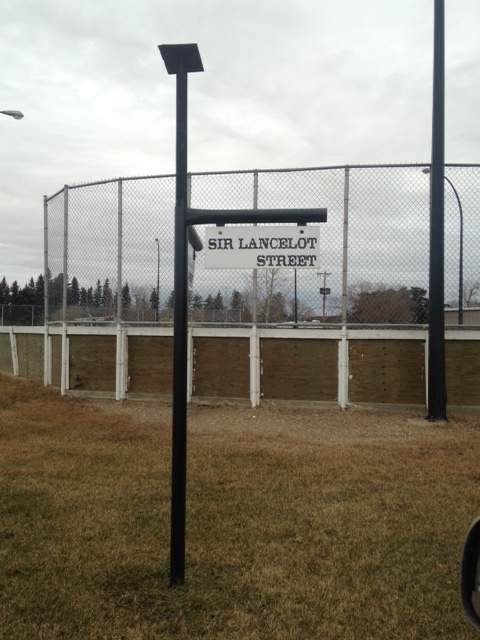 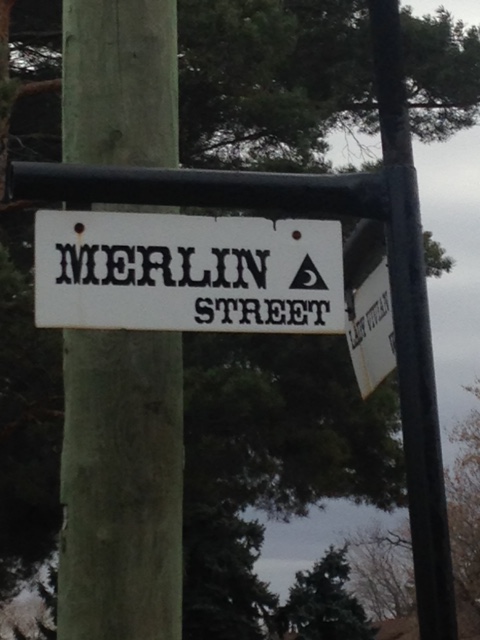 Typical of small towns where you may see several businesses in one space, sometimes operated by the same people. This one houses the Post Office, and insurance agent, and The ATB. The ATB or Province of Alberta Treasury Branches is a quasi bank owned and backed by the Province of Alberta. You usually see them in small towns. It is not a chartered bank, banks in Canada are chartered by the federal government. It is ATB Financial these days. 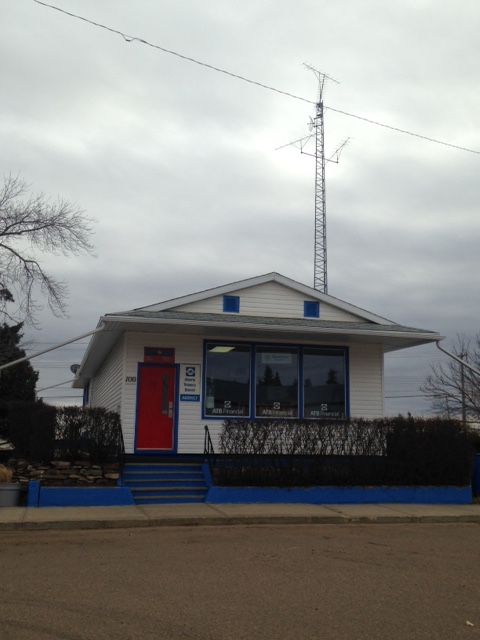 There is a fairly modern school building in the background. It likel closed to declining numbers. 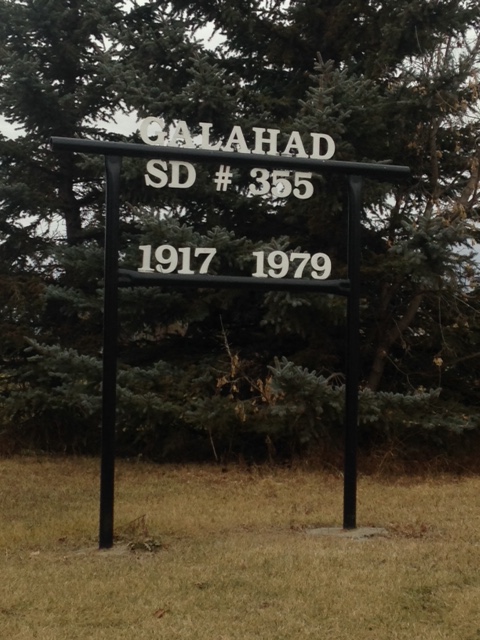