This abandoned church, was built in 1919 by the local community and its first pastor was a Reverend Becker. The congregation had no regular pastor, but was served by pastors coming from Hilda, Alberta, or Hatton, Saskatchewan. Services were held every other Sunday during the summer months, and when it got too cold in the winter months the church was closed.

A rift in the congregation in 1921 caused it to split, a large element of Russian/German decent settlers called ‘Kongregesers’ left and formed a new church half a mile west of the Zion church and was called the Evangelical United Church. The minority of the original congregation (the Brueder’s) remained in charge of the church and cemetery. As with the majority of the locals speaking German, the services at the church were often conducted in German. Although the locals had a great desire and need for worship, it also served the need to socialize and visit with other families in the area.

In 1944, it was agreed according to the Church’s minutes, to pay the pastor a yearly salary of $150.00! As the years progressed, several of the original founding members were aging and it was hard to often have enough people attend services and warrant having a pastor drive out to the little country church.

The last service to be held in the church was the fall of 1950, and the church was closed sometime afterwards. In the mid-1960s the church was vandalized and all of the remaining furnishings were stolen. Afterwards the stained glass was broken, windows smashed, and the building was left to deteriorate. The large wooden cross that leans against the church currently was originally the marker to the cemetery, but when its support broke it fell into the grass and was later moved over to the church.

So when this building returns to the ground in a few years, I can explain to my young daughter the trip we made out to the church, and why it was important for daddy to stand outside photographing and taking in the surroundings of this crumbling church. So she can understand how her great-grandparents came to Canada and settled in areas similar to where this church is located, and started little country churches to bring the locals together – to pray for rain, to pray for a sick neighbor, calm a troubled soul, or return a fellow man to the ground. How some of her distant relatives are buried in little country cemeteries like this one, almost forgotten to the ever changing outside world. This church is located in southwest Saskatchewan, visited in July 2016.

This is one of the many reasons I go out to photograph and record these fleeting moments in time. 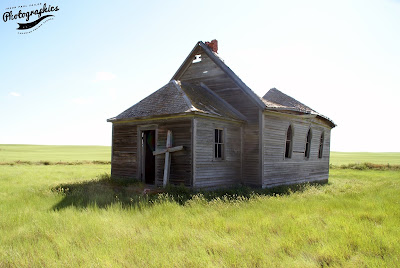 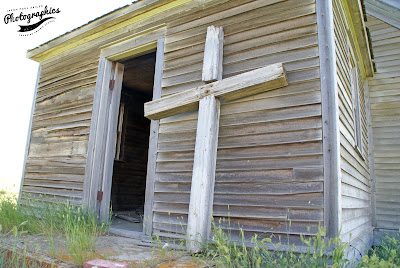 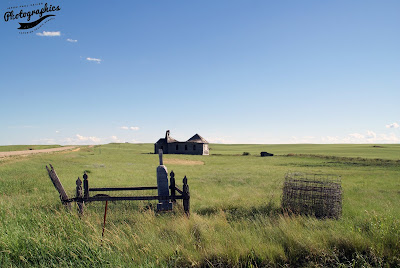 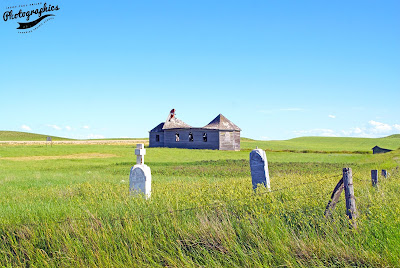 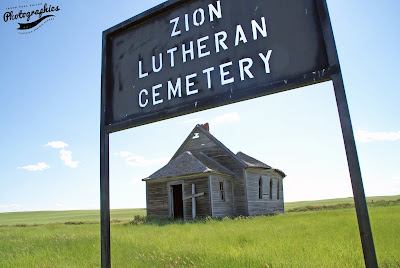