Built in 1905 alongside the narrow gauge St. Mary's River Railway (Alberta Railway & Coal Company), it was later upgraded to standard gauge track in 1908 by the owner's the Galt family, based out of Lethbridge. The CPR purchased the railway track from the Galt's in 1912, and operated the track from Stirling, to Cardston as the "Cardston subdivision".

In addition to the Cardston line, there was actually a junction at Raley, with a second line extending south to Kimball. This section was constructed at the same time as the Galt's original push to Cardston, but only lasted a few years before it was abandoned. In the late 1920s, the CPR decided to re-use part of the old railbed and extend it further south to the small settlement of Whiskey Gap, near the International Border. This line was abandoned in 1979, and one of the last trains to travel it was a steam train used in the movie “Days of Heaven”.

Like most prairie branch lines, the decades passed by without much changing. The trains came and went and it was a sleepy line, just like most others that relied on grain. Significant amounts of it moved, with most of it coming from some of the larger towns along the line – Raymond, Magrath and Cardston. Raley was never more than a minor shipping point.

The elevator transitioned into new ownership (Federal Grain) in 1968, and to Alberta Wheat Pool in 1972. Not long after Alberta Wheat pool took ownership, it was evaluated it decided that it wasn't worth renovating and upgrading, so it was closed. It was then sold to an nearby Hutterite Colony, who uses the annex for fertilizer storage. The original elevator is in much rougher shape, but continues to stand proud beside the former railway line (which was removed in the early 2000s). The photos from this trip were taken in the fall of 2017, when the Kenow forest fire was occuring at nearby Waterton Lakes National Park. 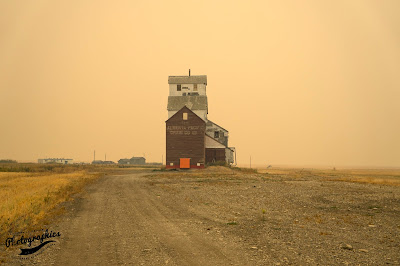 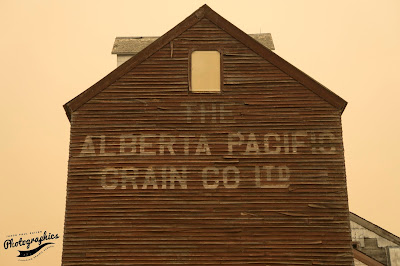 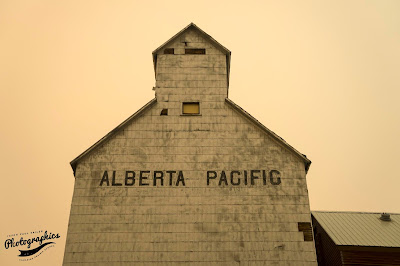 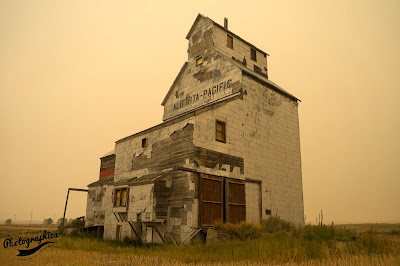 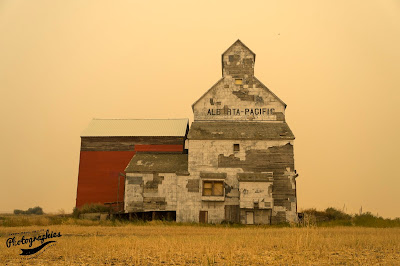 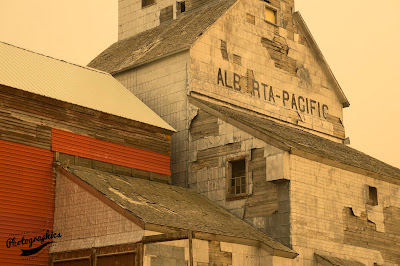 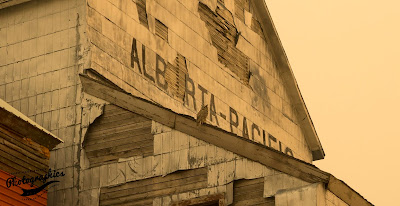