The heritage value of the also lies in its architecture. Built in 1916, the church’s subdued Gothic architecture vests this simple wood-frame building with a dignified beauty. The Gothic Revival influence is visible in the form and proportions, massing and windows. The sanctuary is laid out traditionally with the pulpit, raised upon a stage, facing rows of pews which are divided by a central aisle. Located in southwest Saskatchewan, visited in May 2016. 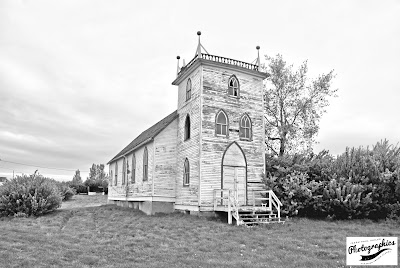