The Hodgeville, Saskatchewan ex-Saskatchewan Pool single composite grain elevator. Built in 1967 (as noted by the Confederation logo on the cupola), it was used up until the mid 1990s when it was closed and sold to a local farmer, who continues to use it. The train track beside the elevator, was originally CN, though it was sold to CPR in the mid 1980s. Not even two weeks after our visit to this elevator in the spring of 2015, CP tore the tracks out forcing the farmers to haul their product to the Richardson Pioneer high-output elevator just outside of Morse, Saskatchewan alongside the the Trans-Canada Highway. 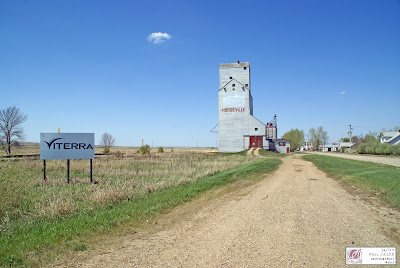 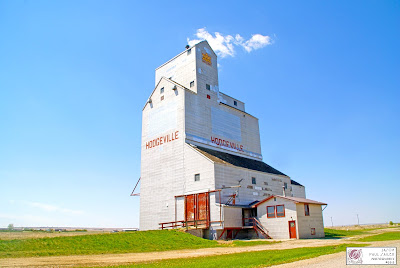