There are seven ferries in Alberta and until recently only six were operating. The Crowfoot Ferry has been out of operation for four years. It was beached due to the damage caused by the flooding of the Bow River in 2013. I honestly thought it would never be in operation again. The sign is new, the approaches to the ferry were all redone, the cable towers for the cable ferry are all new. The government poured a lot of money to get this up and running. I am surprised this is back in operation since it does not get a lot of traffic. I talked to the operator and he said he had only four cars the day before which was Saturday.

I heard this was running from the operator of the Bleriot Ferry. After doing some grunt work and clearing away some personal chores I made a run for it Sunday evening. It is just south of the junction of Highway 1 and Highway 56 east of Cluny, Alberta. I have now taken every ferry crossing in Alberta. 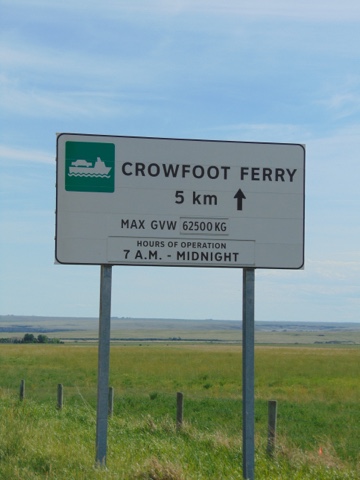 The Bow River is a running a bit high. 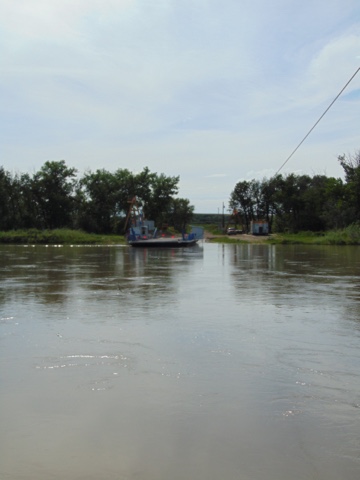 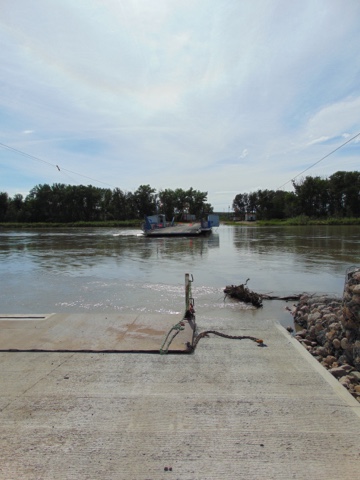 I really should be nicer to the KIA. It likely does not appreciate being taken on all of these gravel roads. It is killing a lot of bugs. 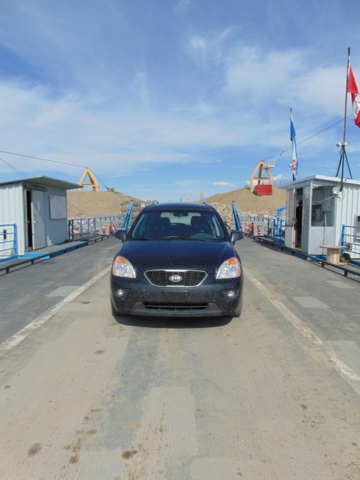 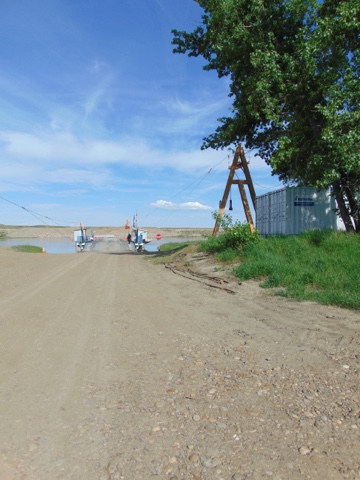