No studs at the Water Valley Stud Auction

This is my third year going to this and this edition was March 3, 2017. It started at five and I did not get home and in bed until after eleven. I was tired before going and damn tired when I left. I went because I like going to this kind of thing. This is a charity fundraising event held in the Water Valley Saloon in Water Valley, Alberta to raise funds for the Community Association. Usually they auction off the stud services of a horse as one of the auction items, hence the name. This year that particular item was not offered. There is a silent auction and a live auction for this event. I ordered fish and chips with beer when I got there because I have had it before here and they have a good cook. I recommend the food here. 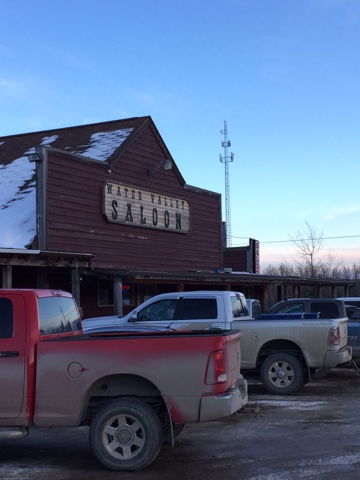 This is rural Alberta with cowboys and ranches. The saloon is the kind of place where you expect to see a saddle in the rafters. 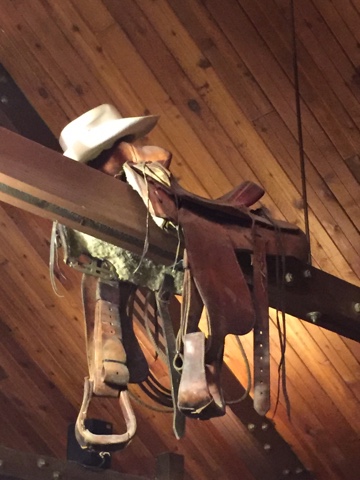 One of the many brands on the walls. 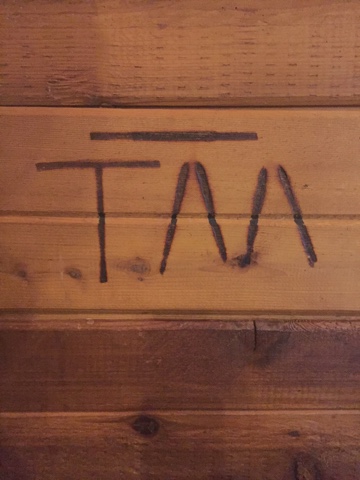 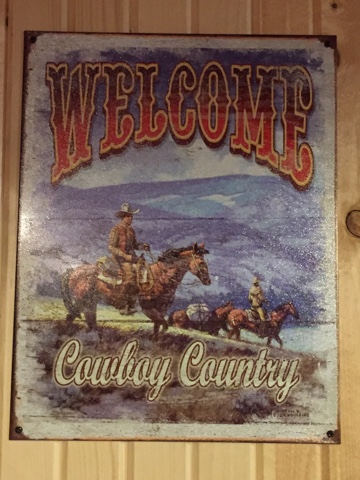 A good auctioneer knows how to work a crowd. These guys are good. They kept the mood light, were funny, had some anti-government comments, and harrassed some of the crowd into parting with some more of their money. With the economy the way it is I was a bit surprised that people spent what they did. 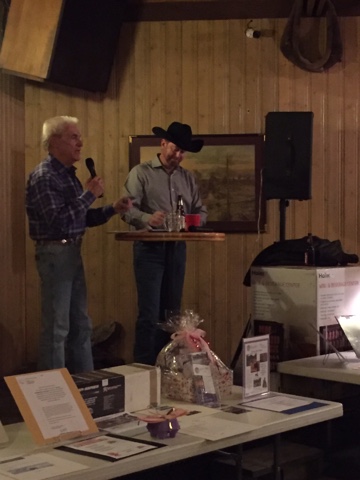 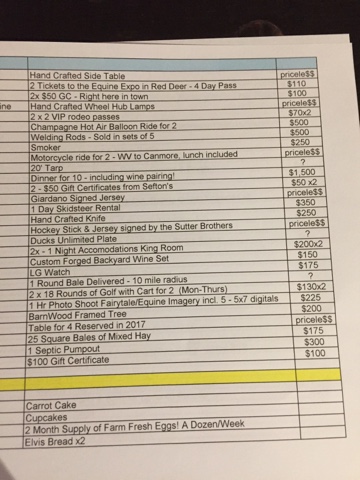 Silent auction item. I would have bid on the bear carving however I have no place for something like this. 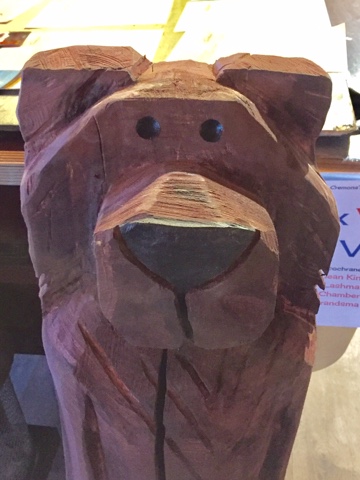 I did bid on this buffalo picture that was a silent auction item and was overbid. I left with nothing. I did buy some non-winning fifty/fifty tickets during the evening not to mention the beer and food.The girlfriend ended up with a couple of items so apparently I will be spending a night in a cabin somewhere this year as this was one of her purchases. I dragged my sister and her husband to this and they overspent me and the girlfriend. One of the items they got was to go to a range and do some shooting. Apparently my sister went to a range once before and liked it. So a reasonably good time was had by all. 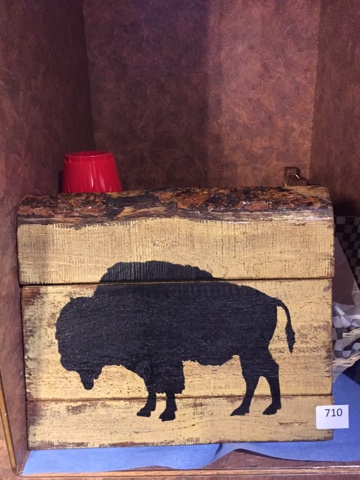