From Dale and Lynn Redekopp

"While searching for the Totzke bridge in the Dana SK area and not lost, but temporarily unsure of our position, as we used to say in the air force, we came across a headstone in a gravel pit. Doing a little research revealed that Stephan Wawryk is in fact interred in the Saint Maurus Catholic cemetery which is located to the southwest of Dana. Why this headstone is located in the gravel pit is a mystery.

We finally located the Totzke bridge. I could find very little information about this bridge other than it spanned the CPR rail line where the CPR had planned a town named Totzke which was never built. This non-existent town was named after an area farmer. The rail line is long gone and the bridge appears to be used for having campfire parties on the bridge and garbage disposal under it. The bridge appears to be structurally sound but there are rumours that the bridge will be dismantled." 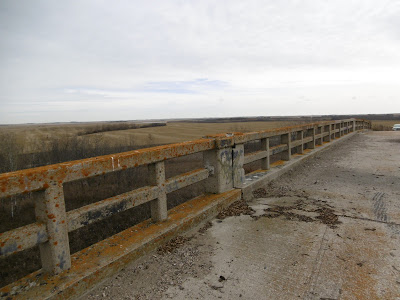 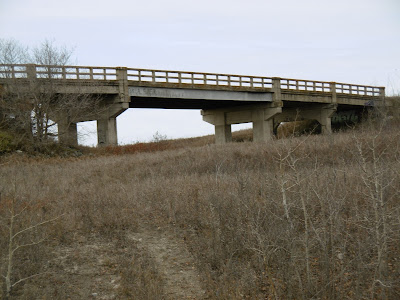 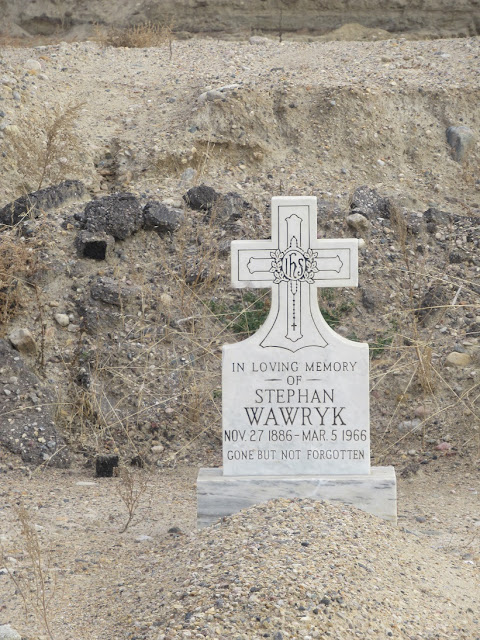