I talked a friend of mine into exploring what was left of Saunders on September 7, 2018. He is a good buddy who is easily talked into trips like this. Neither of us had ever been there. 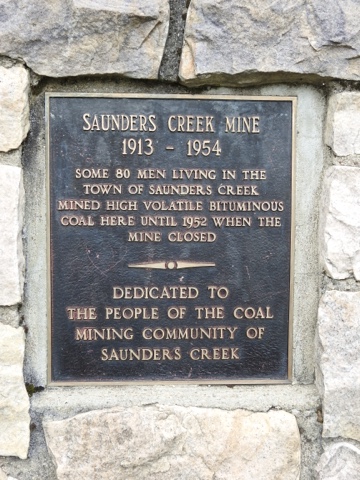 At one time the town had a railway station, school, union hall, tennis courts, baseball diamond, and about thirty-five houses. All of the buildings had electricity and water. Now practically nothing remains.

A map of the town is posted on this sign. 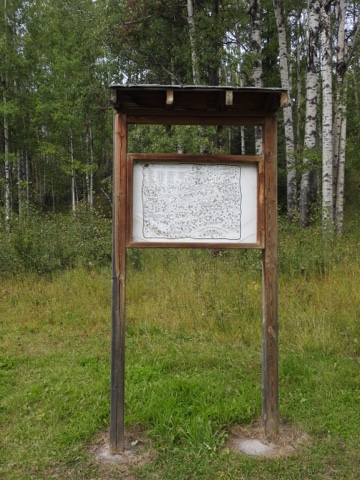 According to the posted map Big John's Spring was named for its founder John Harbonovitich who died after drinking a few too many on a cold night found on his doorstep with his keys in his hand. 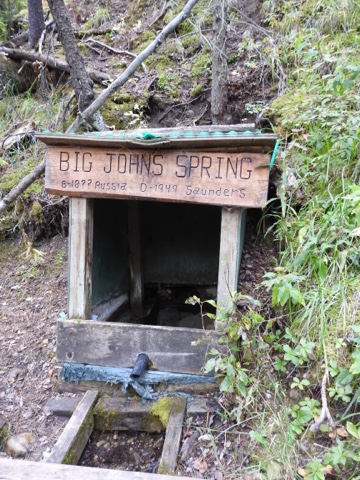 One of the town roads. 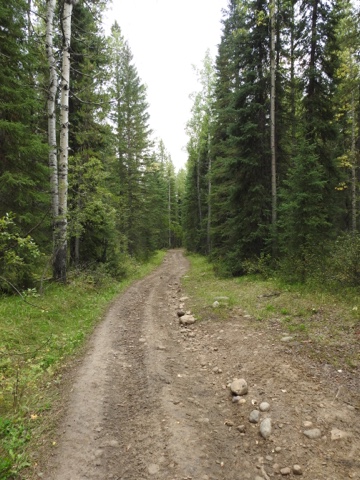 Some spots are marked. Many are not. 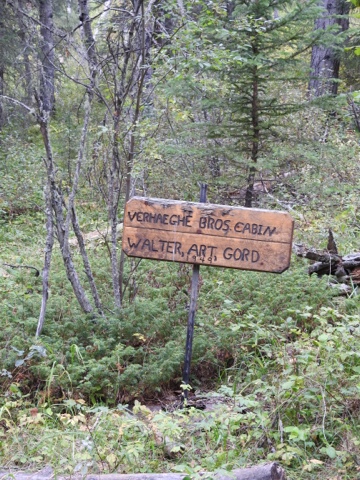 My friend and I did not drive down this road. We walked a good distance where the townsite was. This was one of the roads in the town. 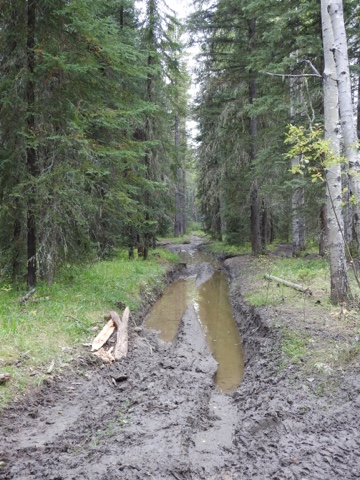 That road led us to this cemetery a bit hidden in the trees. 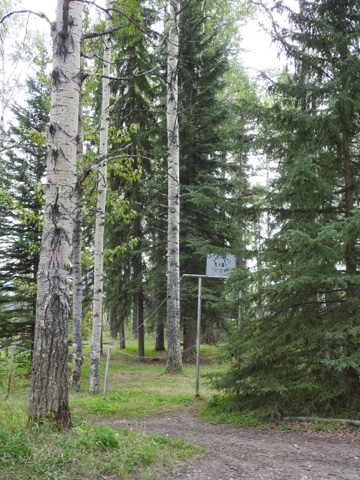 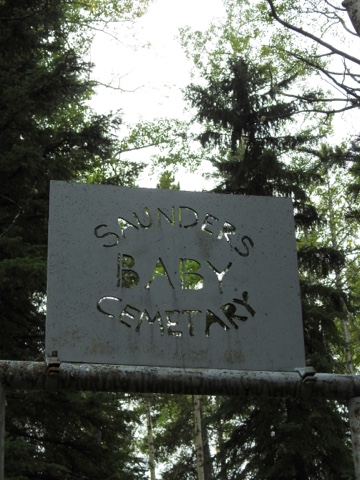 The town cemetery is at the end of the baby cemetery. 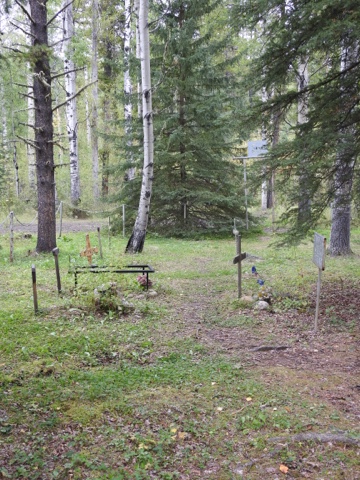 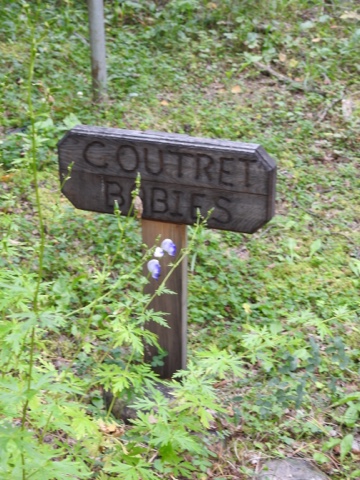 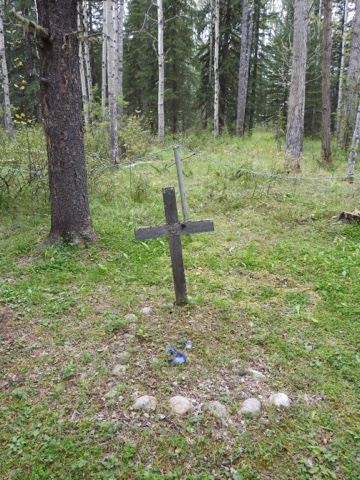 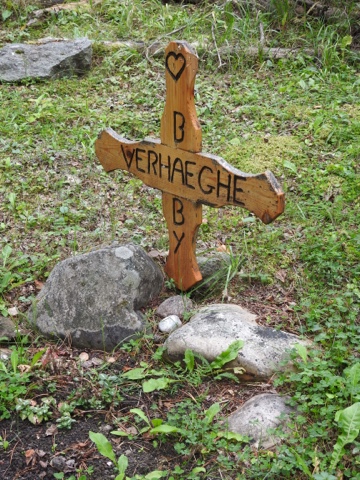 The railway trestle was here. We were way too late to see the actual trestle. The picture is deceptive, it is a long span over a sharp drop. 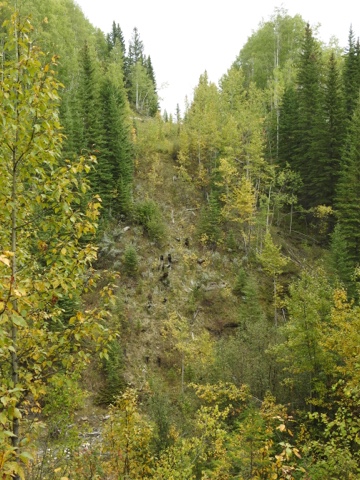 One of the remaining supports for the trestle. 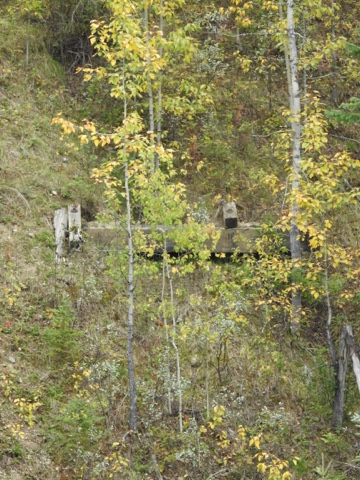 Down by the river there was a ferry crossing many years ago. Jack Hasse drowned operating the ferry. There is a little memorial to him by the river. 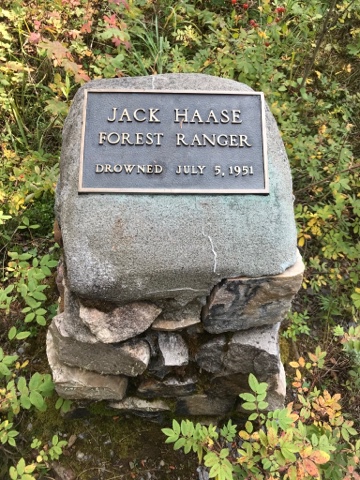 Thought we would see more. We found the old mine. The entrance was blown when the mine ceased operating. It was not worth taking a photo. It would have been more interesting if more of the town was left or more signs were posted saying where things once stood. Nevertheless it was a good day to get out.
Posted by BWBandy at 07:00:00