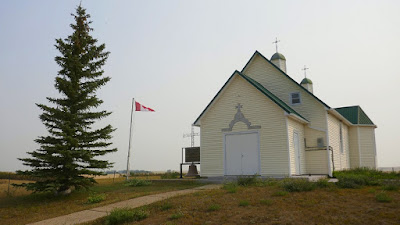 Romanians began settling in Saskatchewan just prior to 1900; first in Regina, soon followed by Dysart and Kayville and finally in the Flintoft and Lakeheath areas.

In 1911 a visiting compatriot donated $6,000.00 towards the construction of the church.  Land was donated by a settler and church soon took shape.

The iconostasis, a wall of religious paintings and icons that separates the nave from the santuary, was considered the best in the Dominion of Canada at the time. All these years later it is still considered the best example in Western Canada.  Some of the icons present are from Greece and Jerusalem.

The bell-house was added to the grounds at an unknown later date.

In 1979 the church underwent a major restoration including new foundations for both the church and bell-house as well as interior and exterior renovations.

The cemetery is located north of the church. A previous post titled "Photos of Ghosts" displays a small selection of the ceramic photographs that adorn some of the headstones in this cemetery.

The grounds are well kept and the church is still used on special occasions and feast-days. 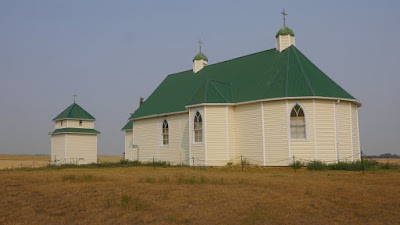 A metal Orthodox cross atop one of the tiny domes. 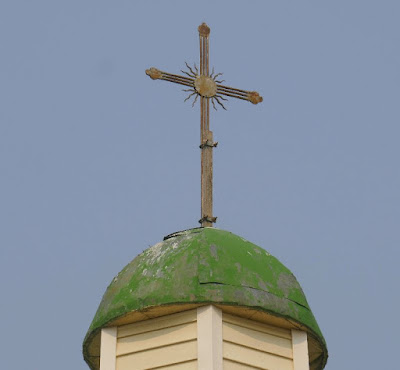 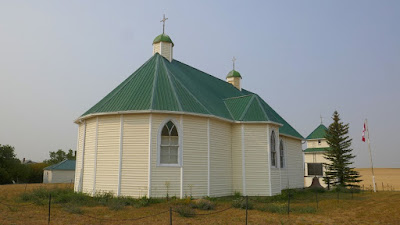 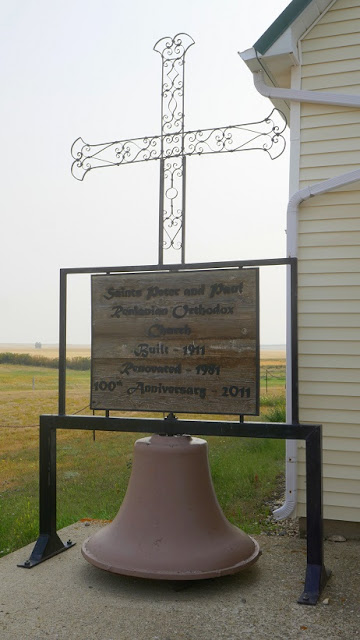 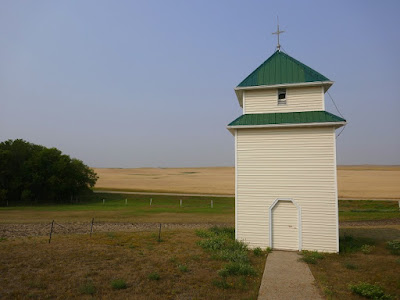 These photos were taken from outside and through the windows. 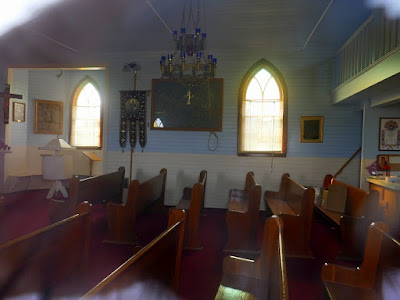 The iconostatis is on the left side of this photo.  I hope to find someone with a key to the church before my next visit.  What little I could see was intriguing, unusual and beautiful. 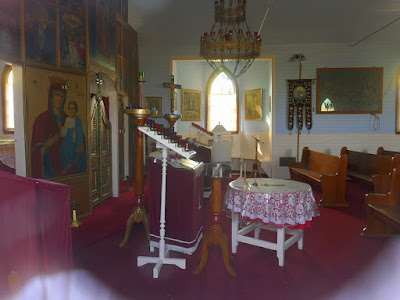 There are fewer people living in the surrounding area than interred in the cemetery. 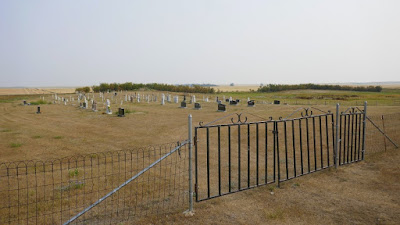 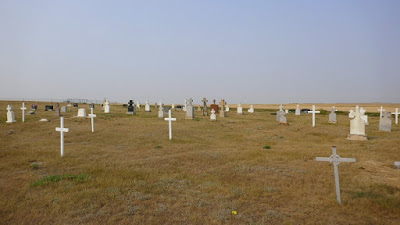 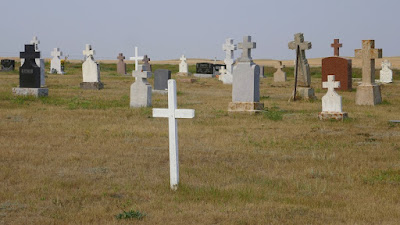 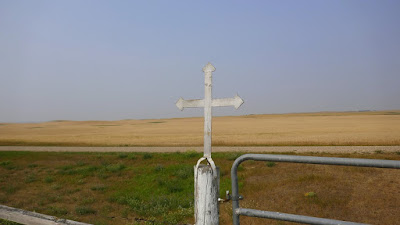 The main gate into the grounds. 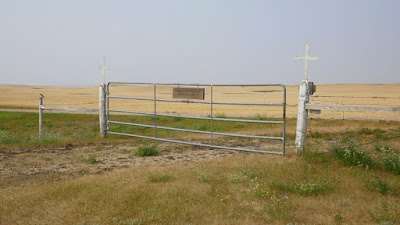 Information for this post was collected from "The Canadian Orthodox History Project" and "The Assiniboia and District Historical Museum."