I have ridden the main highway between Calgary and Edmonton so many times I would rather take the backroads and take longer to get somewhere. The main highway between the two cities used to be called Highway 2. After the last royal visit it was named the Queen Elizabeth II Highway, or usually referred to as the QE II. Incidentally I kind of feel for Canadian government officials. There is a certain point where you run out of things to do for the monarchy and I think they were reaching the limits of their imagination where they named a highway after her. I have a great deal of respect for our monarch and I think she deserved better. On the other hand it is very hard to do something for someone who really does have everything.

On May 24, 2015 whilst zipping down a few roads I am sure I have never been on I discovered a few schools. The first was right beside a secondary road. The second was hidden in the trees just off the highway. 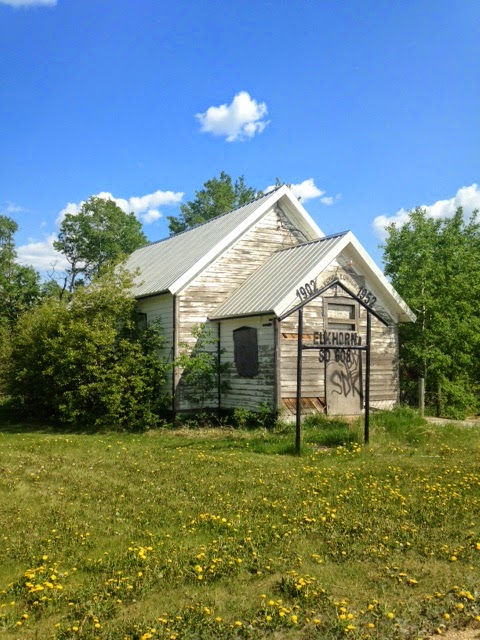 Rosebud School 1900 - 195? (the last number on the sign was heavily worn) is a rural community centre. 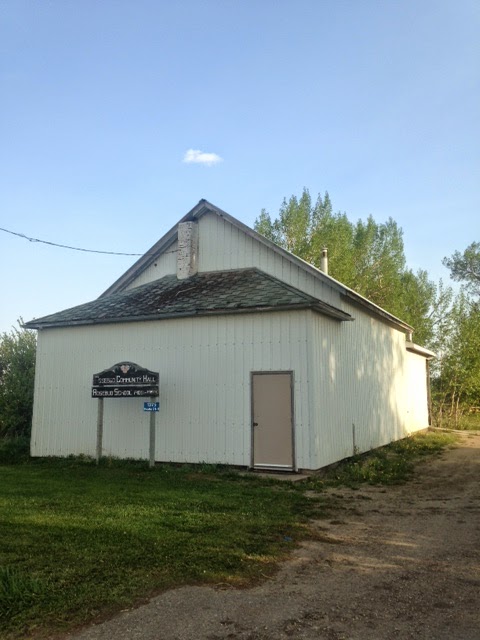