My father has been gone twenty-five years not. He died in a hospital in Calgary, Alberta March 5, 1997.
A few years ago I was given a bag of photos by a relative, many of which I do not recall seeing before. This is of my father, likely before he met my mother. I do not know the date this was taken or how old he was. There were not a lot of photos of him in his early days, the family did not have a lot of money and I would guess getting your photo taken was a bit of an extravagance. My family never really took photos either and my father disliked having his photo taken so I have few photos of him. I am the only one that got into the photo habit later in life. 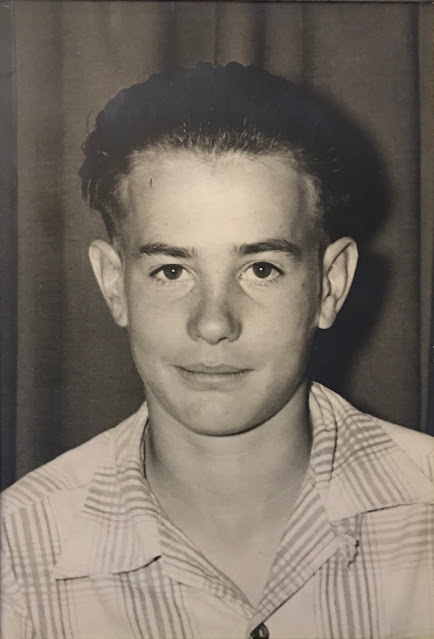 He was a stand up guy who worked hard and largely tried to do the right thing, even if it cost him a few times. Growing up I did not have a great relationship with my father. Our interests were totally different, we did not understand each other. We had a much better relationship as adults. Not fantastic, just a lot better.
After all these years I think of him often. He liked Scotch and I will have a glass of the good stuff to remember him by. If he were still around we would shoot pool and have a few beers.
Fifty-four years is too young.
Posted by BWBandy at 07:00:00