Ghost town with zero residents and a couple of buildings. The townsite was fenced off.

The plaque on the town marker reads:

"Settlement of the St. Boswells' district began in 1908. The original townsite consisting of a post office, store, and a blacksmith shop, was first located on the northwest quarter of 16-12-7. It was named after Alex Dow's former home in Scotland. In 1918 because of the intended Canadian National Railway route it was moved to this location. 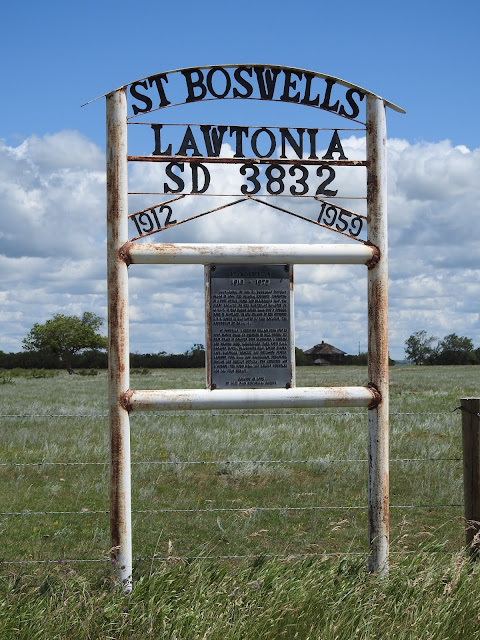 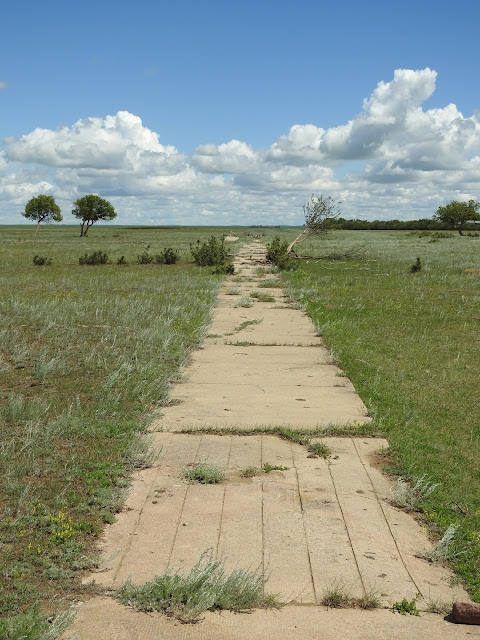 Supposedly the best water in the area. I did not indulge. 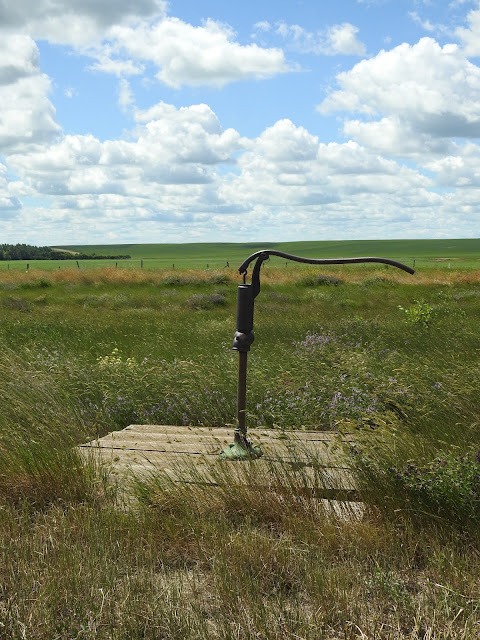 Two old buildings that might belong to the town. 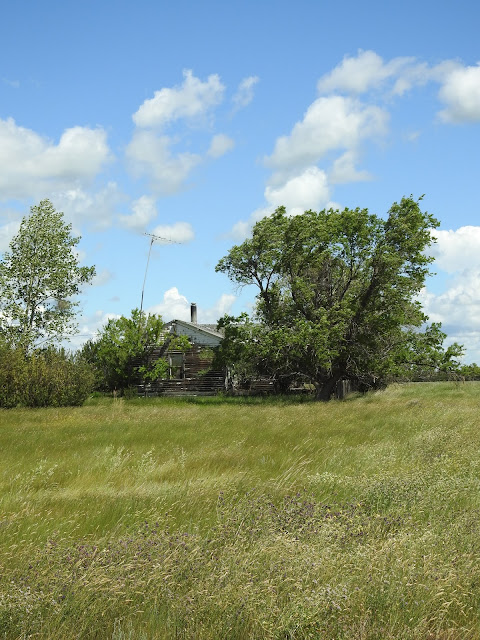 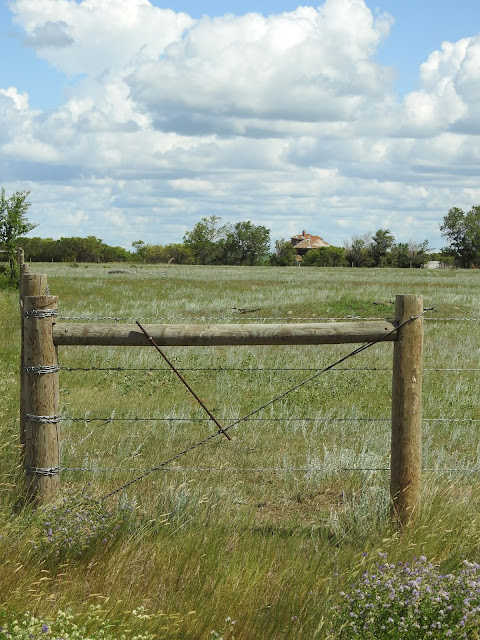