This is south of Carnduff, Saskatchewan about twelve miles north of the US border. This took some time to find, not because it is hard to find, because Google Maps gave me directions to take roads that were not roads or did not exist. I had to jog along some rural roads that did exist to get to my destination. Feeling I was reasonably close I stopped to ask three farmers getting their equipment set up in a field if I was on the right road to get to Goschen School.

I was asked what my connection to the school was. I told them none whatsoever, I just wanted to see it. They said their dad, who was working on the tractor, would be driving by it in five minutes and if I did not mind waiting I could follow him. Which I did. The guy looked to be in his seventies and I had to hustle to keep up with him. When we got there he told me many years ago there was an old church a half mile south. There was going to be a town here but the railroad went through further north instead and killed whatever settlement there was in its tracks. As a bonus he told me about a brick school a few miles west and how to get there.

All that remains of Goschen School is stone remains. 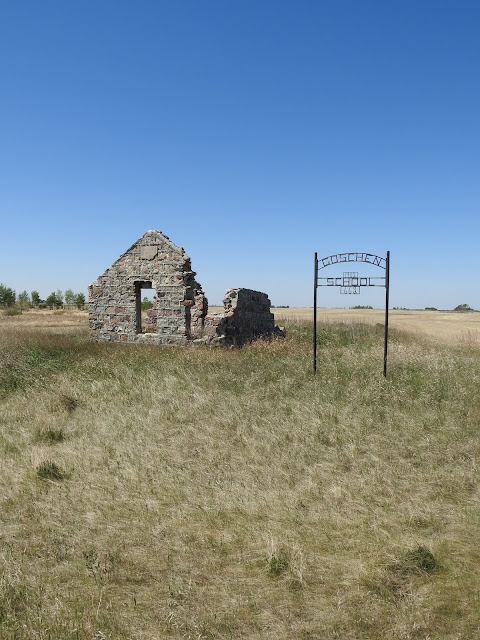 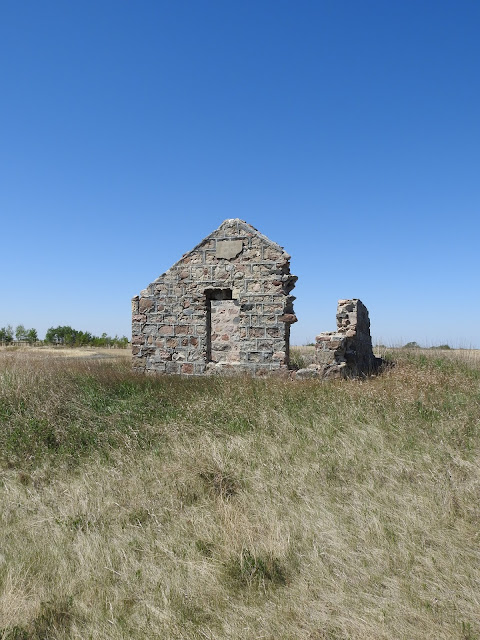 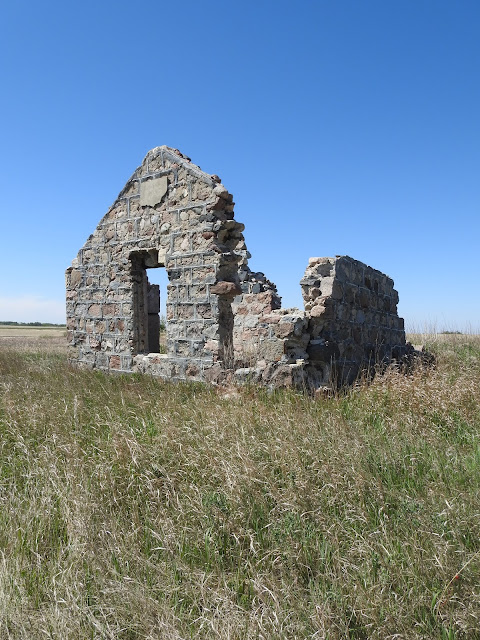 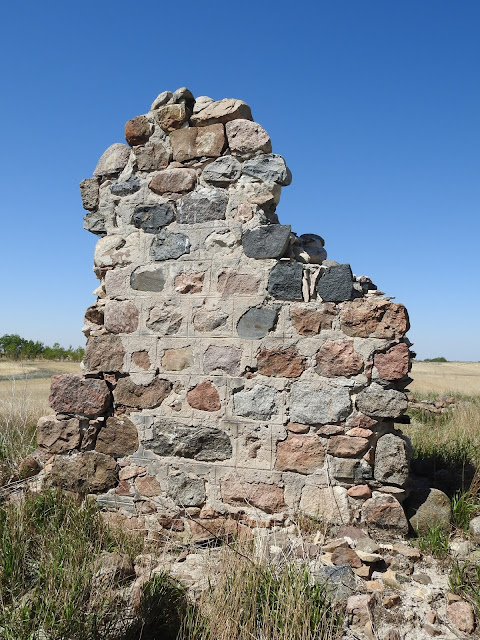 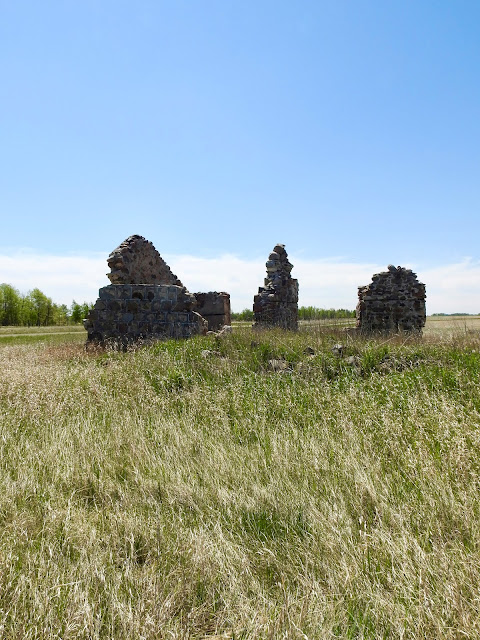 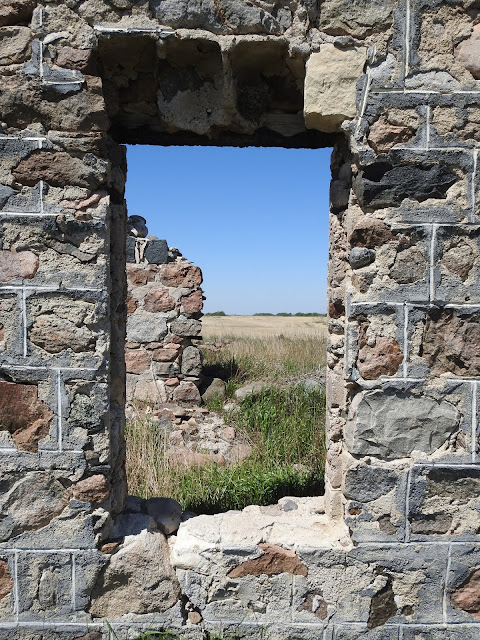 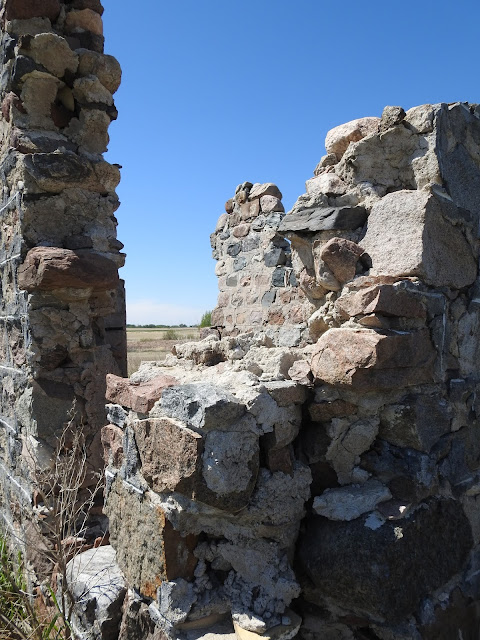 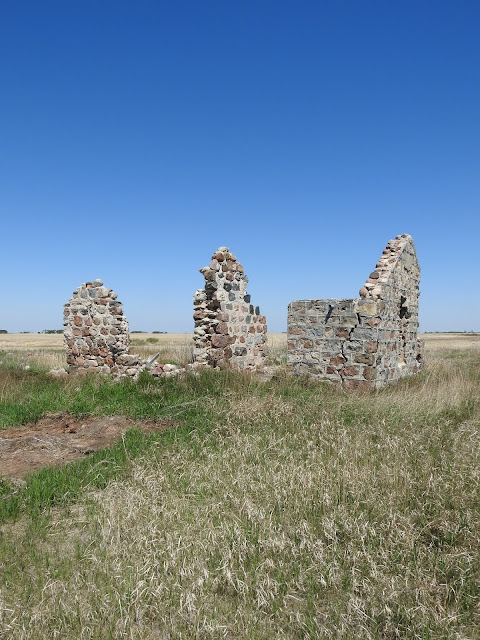