Guest post from Dale Redekopp.
I have photographed hundreds of old churches on the prairies, and it is very rare to come across a church with a blue exterior. These blue churches are referred to as “Marian Churches” and are dedicated to the veneration of the Blessed Virgin Mary.
The color blue has many different connotations in different religions, but is almost always connected with the Virgin Mary. This distinctive blue is referred to as Byzantine blue and is considered the colour of the Mother of God and is usually used in religious icon paintings to show her heavenly nature. The backgrounds of mural paintings in many Byzantine churches dedicated to the Mother of God are dark blue. A renowned example of Byzantine blue is contained in the Hagia Sophia in Istanbul.
In the Ukrainian Orthodox church, blue clothing is worn for all feasts of the Virgin, including Mary’s Feast Day. Other religious denominations wear blue during different times and ceremonies.
I have seen only three blue churches so far. The St. Mary’s Ukrainian Orthodox Church north of Punnichy, SK which is pictured, was built in 1937 and was active until 1970. The other two churches are a Ukrainian Orthodox church west of Edmonton, and the St. Edmund’s Anglican Church in Big Valley, Alberta. 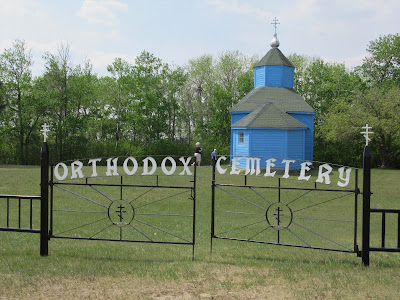 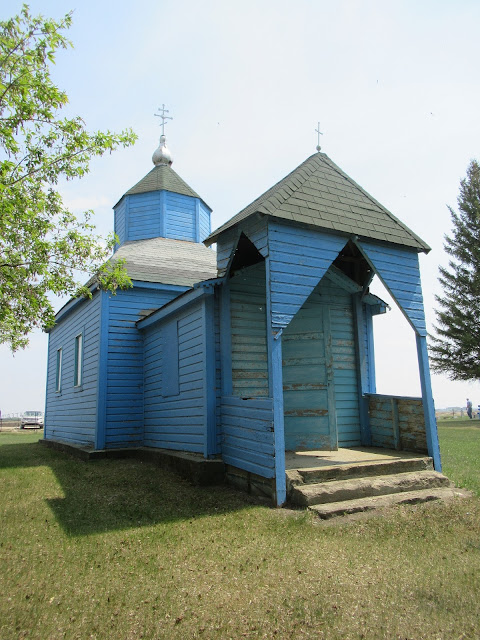 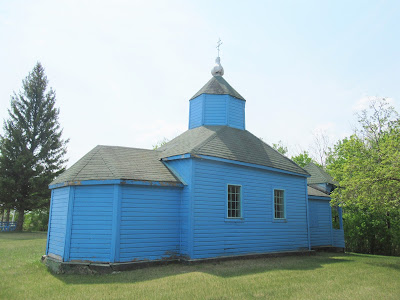 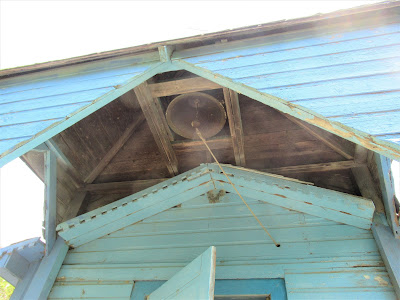 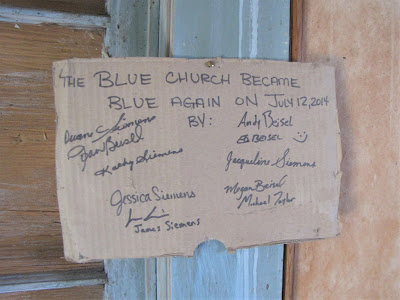 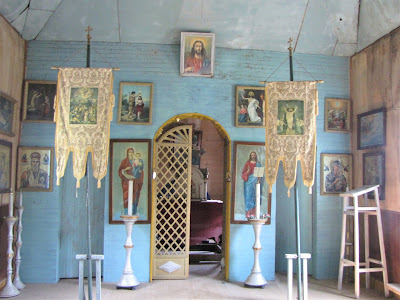 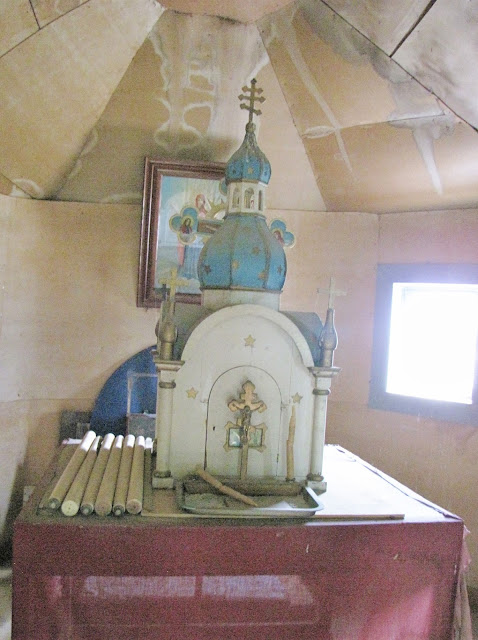 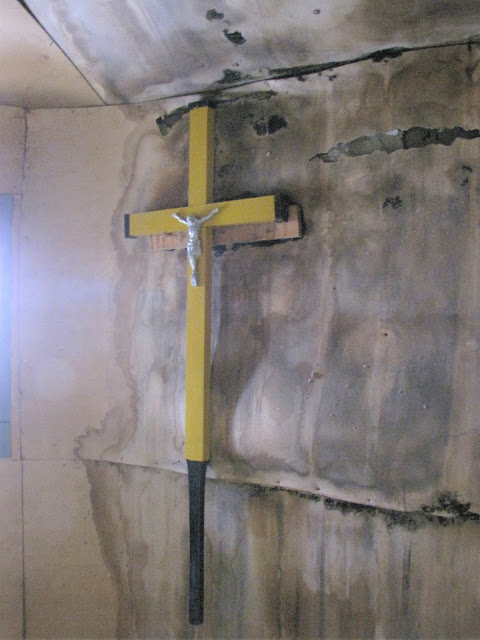 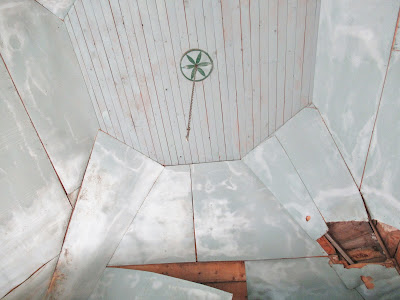 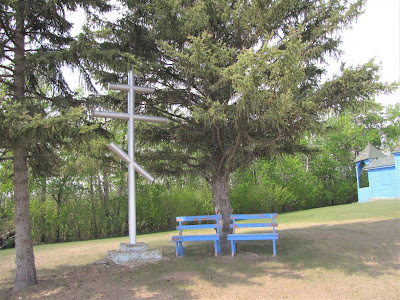 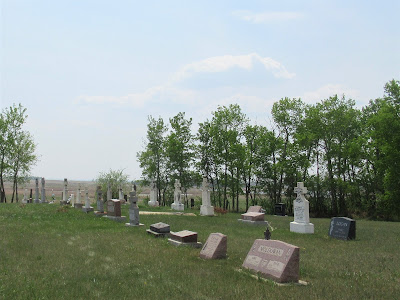