Waterton National Park on January 1, 2015. I lived here when I was two. Waterton is tucked right into the southwest corner of Alberta and just off Highway 6. There is only one way in. The first thing you notice when you drive to the townsite is the Prince of Wales Hotel.

Built in 1927 the hotel was named after the Prince of Wales (later King Edward VIII), in an attempt to have him to stay in the hotel on his 1927 Canadian tour. The Prince stayed at a nearby ranch instead. I really need to go to some of these places in the summer.

The hotel was closed for the winter. Waterton Lake is in the foreground. 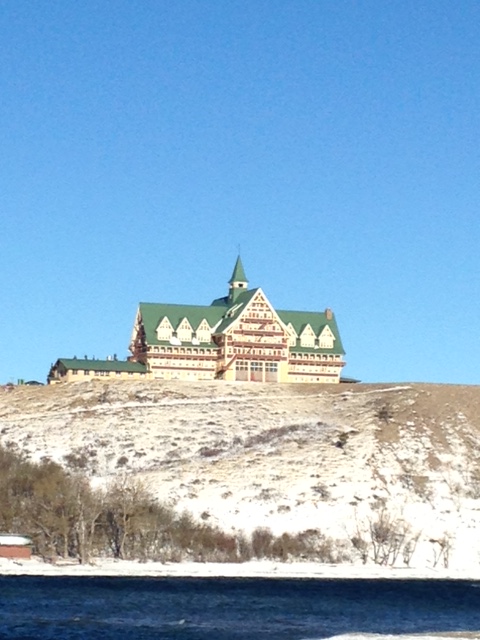 I was in my car and got to within five feet of this resident. This is right beside one of the hotels in the town. 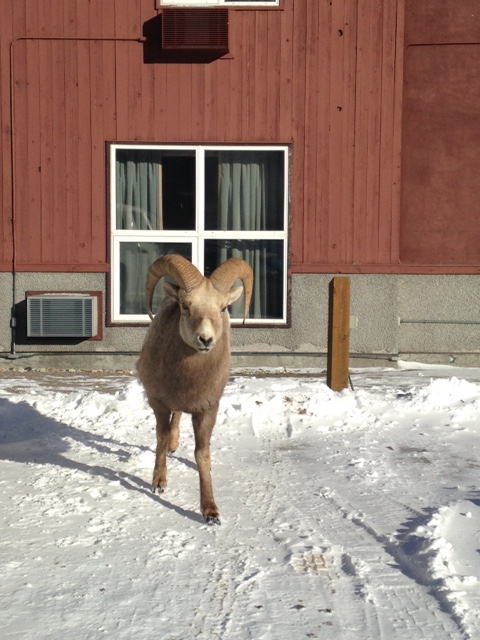 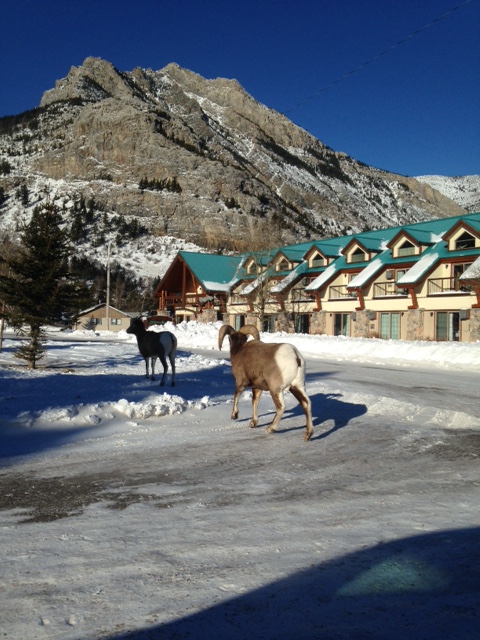 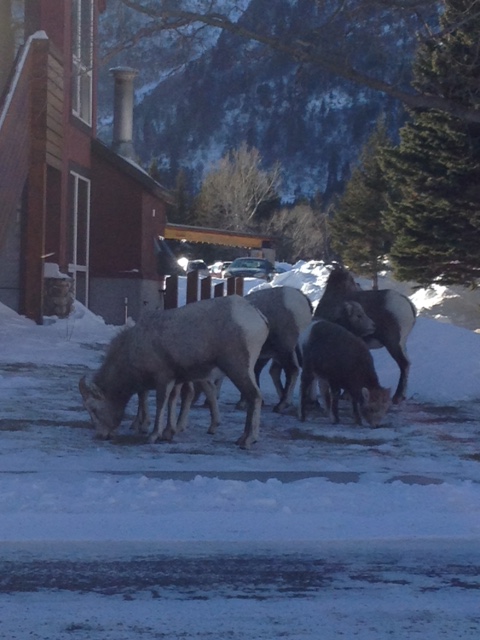 Most of the town was boarded up. I had not been to Waterton in years and only in the summer. I forgot that the town shuts down for the winter, it is mainly a summer place. Practically all of the businesses were boarded up to protect them from the snow and wind. Waterton gets very windy. There was some activity though, some people were out for a sleigh ride. I regret not getting to Cameron Falls which is in the town. The road was plowed but there were a number of people out on both sides of that particular road that looked like they were involved in a cleanup of some kind. I decided not to force the issue and come back another day. Besides, it was damn windy and cold. 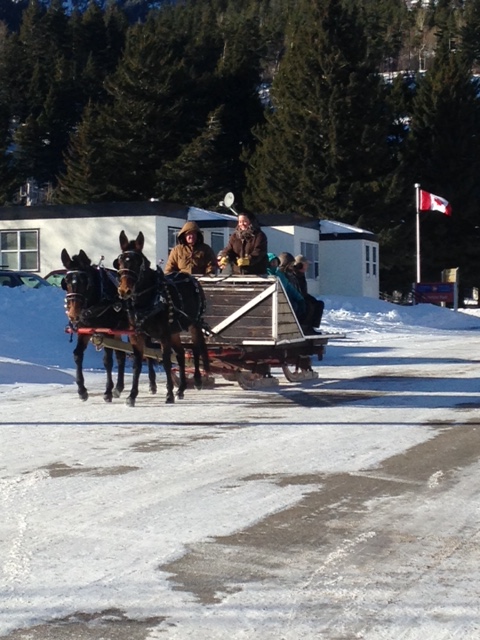