In 1909-10, settlers began arriving in the Tide Lake area, and often met on Sundays for worship and fellowship in alternating homes, while money was being raised for a new church. In 1912, land for the church was donated by a local area farmer, and with the help of the parishioners, a small church was built and opened in December 1912. As with many country churches, many events were held at the church including weddings, funerals, meetings, birthday’s, baptisms, among other things.

In the late teens/the early 1920s, there were a few years of bad crops and drought which caused some of the original members to sell their farms and move to the urban centers, so the remaining congregation scraped together to keep the church in operation. In 1927, a house and store belonging to a former church member were purchased and moved to the property and was renovated into the existing structure. Things were starting to look up!

Then the Great Depression hit, causing more farms to close up and several of the families to move away. The remaining members of the church had to tighten their belts again to keep the services going, though by this point the services were held once a month instead of once a week to help save costs. Although the paint peeled, shingles curled, windows rattled, and the dust sifted in with each passing windstorm, the church remained firm. With the start of the Second World War, some of the families son’s went off to serve in the military. It wasn’t until after the war that the local population slowly grew and some new families were added to the church membership. Regular weekly services commenced in 1956, with a priest driving out from Tilley to conduct the services. Around this time, the church was renovated and a power generator was installed to supply electricity for lights, along with a new oil heater.

In 1967 Calgary Power (now Trans-Alta) was installed at the church and a new forced-air furnace. In 1971, the Catholic districts were reorganized, and the priest made the trip out from Medicine Hat for the services. In the early 1980s, the original cemetery was extensively restored and cleaned up (located across the road from the church). Additional renovations occurred in the 1980s and early 1990s. The church is still in use and is currently administered by the Saint Mary’s Roman Catholic Church out of Brooks, AB. Visited in April 2019 and located in Cypress County, AB. 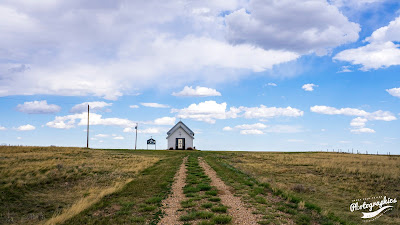 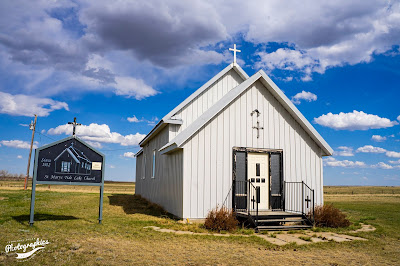