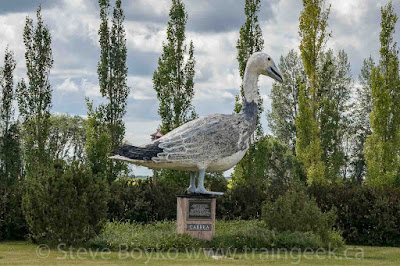 This giant statue of a snow goose was erected in Dunrea, Manitoba in 2000 to commemorate the year 2000. Dunrea is in the snow goose migration path. This statue apparently weighs 1200 pounds.

Its name is a combination of Cabri, SK (also in the goose migration path) and Dunrea.

It was an odd thing to see in small town Manitoba, but it seems like many small towns have their own little thing that distinguishes them . . . like the windmill in Holland, Manitoba, or the giant banana in Melita, MB.

Dunrea also has a large church. 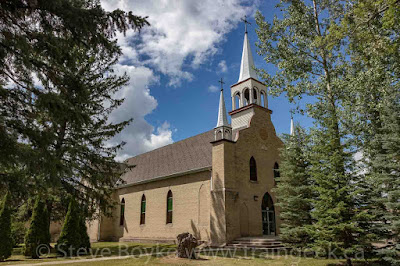 This church is fairly unique in that it not named for one of the common saints like Peter or Paul, but rather for St. Félix de Valois. I didn't know anything about that particular saint, but there is a Wikipedia page about him.