From Longview, Alberta south along Highway 22 is ranching country. One of the big ones is the Waldron Ranch. 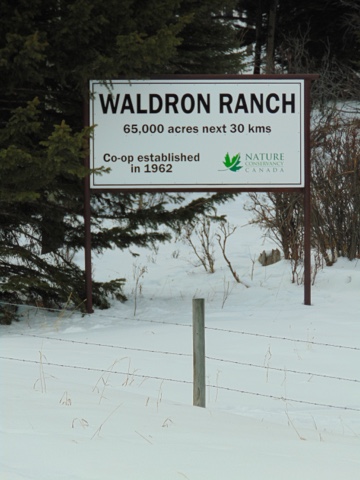 You can see a couple of their gates along Highway 22. North buildings. 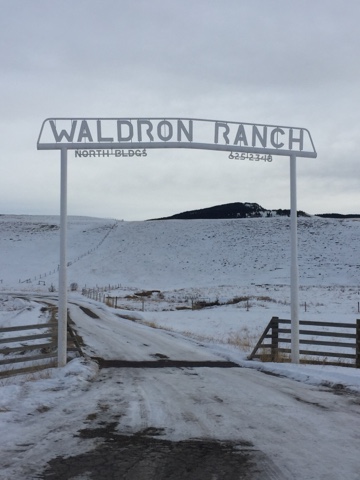 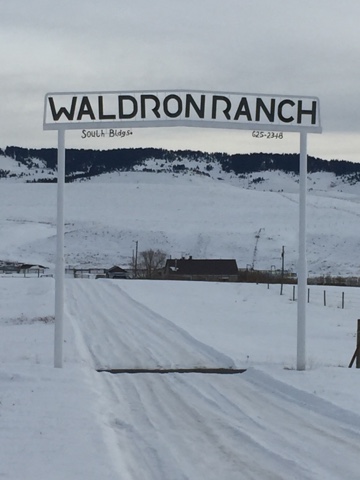 Not that long ago the Waldron Ranch got bigger when it acquired the King Ranch. The King Ranch was owned by two lifelong bachelor brothers, Harrold and Maurice King. They lived like hermits in very simple spartan lifestyle and owned land worth millions of dollars. They had about 4,200 acres.

The King brothers started their ranch in 1926. Maurice and Harrold were born in 1897 and 1899. They died in the 1990's. They lived without indoor plumbing or running water. They built a four-room log cabin in a remote valley about forty miles north of Pincher Creek, and that was their home for about the next sixty years. Their small cabin was heated by a woodstove that they also used to cook on. They slept on beds made out of bear hides. The property was sold for about six million dollars when they died.

The brothers were not hermits, they did visit neighbours and attended social events. They were well respected. It was well known that banks would stay open late or open after hours to accommodate their visits when they came to town to pick up supplies and do business.

The Waldron Ranch itself is a grazing cooperative covering 65,000 acres. Besides land to run cattle on for its members it also protects and preserves this part of the prairie in Alberta.
Posted by BWBandy at 07:00:00