Likely not. Other things are taking priority.
I might have some stuff still to post from my last outing, I will have to check the post cupboard. The photo is Highway 31 from Marblehead to Gerrard, British Columbia 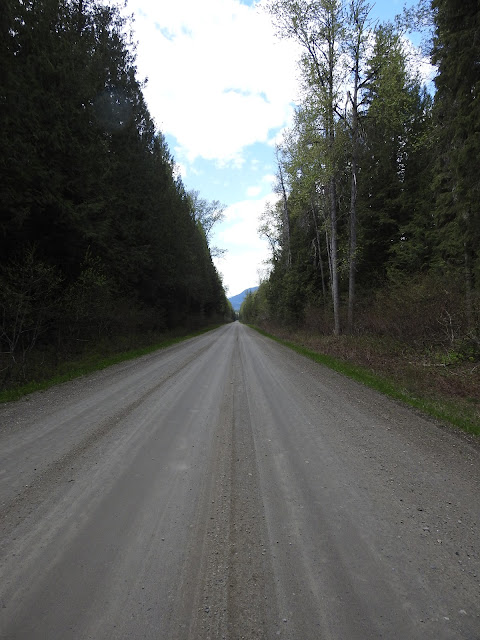 Travel is getting back to normal. My friend in Brunei wants me to visit and asked me when I was going to make the trip. I told him in 2024. I think that should be enough time for things to be running smoothly again when it comes to international travel.
For some reason I am reminded of a time about five or six years ago. I was at the Coutts, Alberta border crossing and there was an abandoned church in the proverbial middle of nowhere that I wanted to get a photo of. When I got questioned at the crossing what my destination was, I thought I would just say I was going to Shelby, Montana because I thought it would be easier than explaining I was tracking down an abandoned church. So when asked, I said "Shelby". The I was asked why I was going to Shelby and I said I had never been there before. The officer told me that was not a good reason to visit Shelby, Montana. I then said it was a beer run and that answer was acceptable.
Posted by BWBandy at 07:00:00