The countryside is transitioning from drab to green

It is like everything started to turn green overnight. I really noticed it traveling to see mom this weekend. 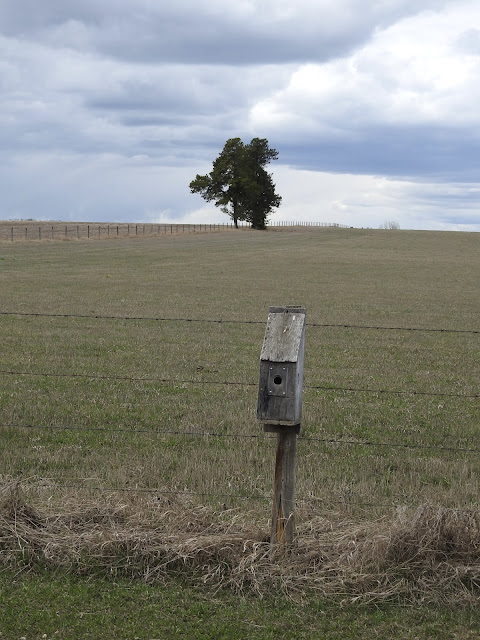 I spent most of the weekend with mom. I am concerned about mom. She is having some minor issues with living on her own. I would like her to consider moving into a place where she can be looked after rather than looking after herself. She does not get around as well as she used to and I think it is becoming incrementally worse. She seems a little smaller. I think she is coming around to the idea of moving but it might be a tough sell.

I stopped to see a friend on the weekend. He lives across the road from where my good friend that died last September lived. My friend's widow and kids moved off the quarter a few months ago. He had a motorcycle that he wanted to pass down to his son, his intention was to buy another one, and when his son was old enough they could go on rides together. I found out the bike was sold. If I knew it was going to be sold I would have bought it and held it for his son. Some of what is going on bothers me, the sale of the bike certainly did. Everything else is being parted out and the land will soon be up for sale.

Enjoy your time while you are here. Make your intentions known and put them in writing. Otherwise there is a good chance no one will respect your wishes when you are gone.