Ardath has an interesting history. In 1919 a train crashed through one of the village's three grain elevators killing three people.

A few years later, a fire destroyed most of main street.

In 1931 there was a murder where one man killed another man who he thought was someone else, then he burned down a house.

From a place that once had a few hundred people to only a few now. There are a few houses, not much to see. The elevators and businesses have long disappeared. The church, built in 1912, is well cared for and what I stopped for in the first place. 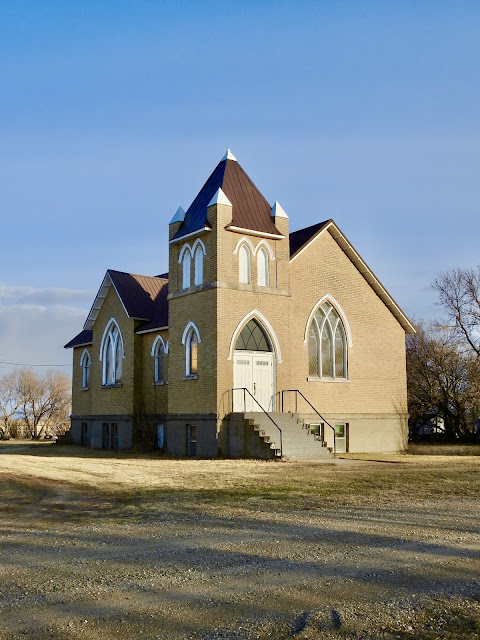