On Remembrance Day 2014, I and the wife took a drive to Warner to photograph the last remaining elevator row (5+ elevators) in the snow. Approaching from the north end of village, driving down from Lethbridge I could see from a distance that something wasn't right. As we got closer we witnessed the demolition of the 1928 Alberta Wheat Pool elevator, although we missed the demolition of the 1913 Alberta Farmers Cooperative elevator. At that time it was the first elevator demolition we witnessed first hand, and it left a bad taste in my mouth . . .

I was surprised by the lack of attention the grain elevator demolition had - I have seen other demolitions online or in the news, and there was usually hundreds of people there watching from a distance the machines clawing at these vanishing sentinels. Perhaps because it was occurring on a statutory holiday that there was hardly anyone there to pay their respects to these wooden grain elevators. Though after sharing a few photos of the demolition online, it sure caused some waves in the grain elevator photography groups I am members with. Always take photographs! A person never knows when an place will change. Photos taken November 2014 and a re-visit in February 2015. 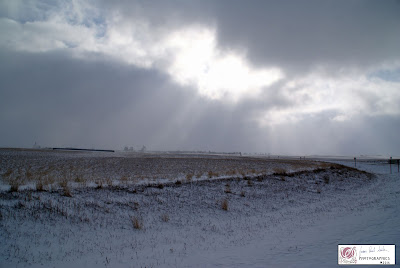 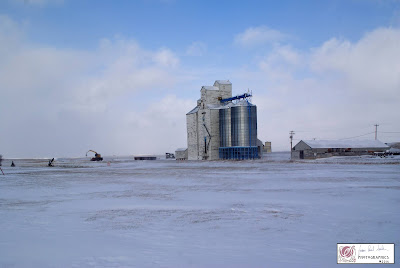 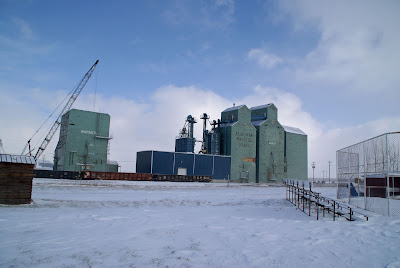 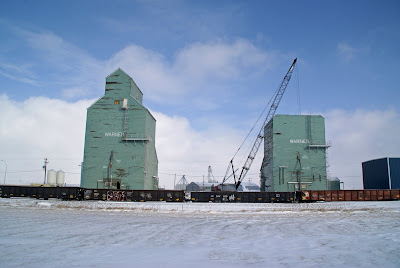 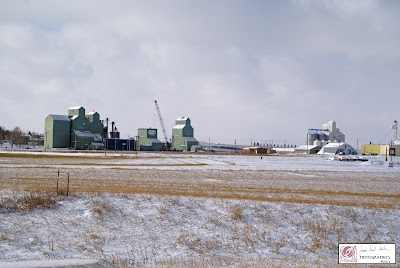 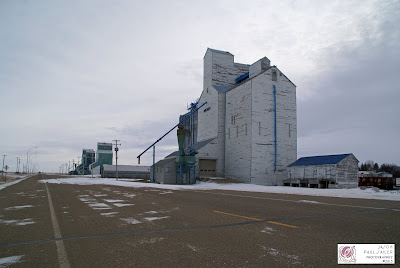