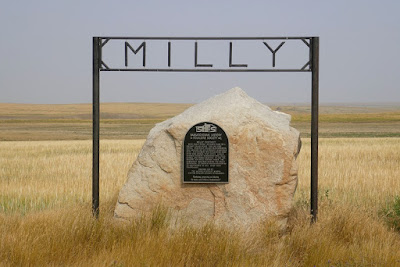 An historical monument celebrating the former settlement of Milly.  What a great name for a town!  Located near McCord, Saskatchewan. 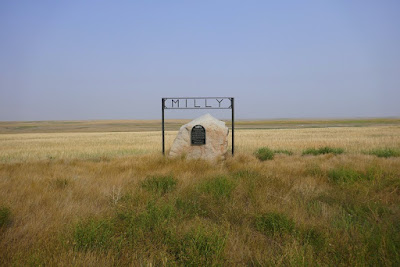 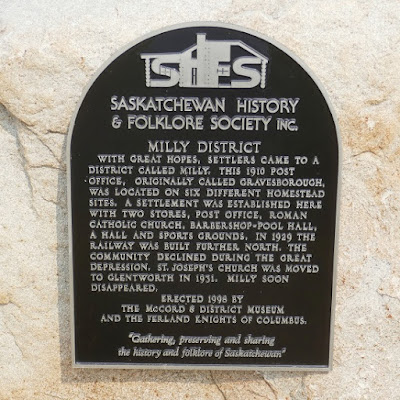 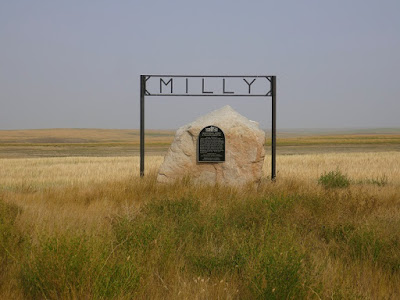