The remaining elevator in Kirkpatrick was originally built in 1924 as an Alberta Pacific Grain Company elevator. It then transitioned to Federal Grain in 1968, and then to Alberta Wheat Pool in 1972. AWP sold it to a local farmer in the early 1980s that uses it to this day.

The elevator stood beside the former CPR Langdon subdivision, which came to the region in the fall of 1921 and was the “end of the line”, until CPR began construction in January 1923 and continued eastward. CPR would abandoned and remove the railway line in the early 1980s. 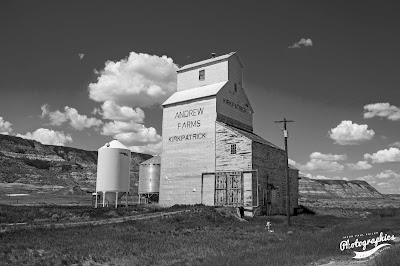 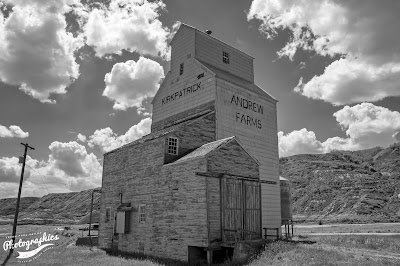