Soon to be the formerly oldest grain elevator in Canada

I had wanted to go to Elva, Manitoba for a couple of years to see the oldest grain elevator in Canada. It was built by the Lake of The Woods Milling Company in 1897 and long abandoned. Elva, Manitoba these days is a small place. There are two elevators there.

According to various online stories Troy Angus bought the elevators in Elva, Manitoba. His company plans to dismantle the elevator and reclaim the lumber and other assorted elevator parts. The elevator cannot be saved, there has been too much neglect over too much time. Actually neither can be saved. A friend of mine visited the elevator a little over a month earlier and has a few pieces of it for his home. Another person I know who set up a non-profit that bought an elevator in Wrentham, Alberta is using some pieces to restore their elevator. There are some YouTube videos showing the work they are doing. Once Troy has demolished the oldest elevator he is moving on to the other elevator in Elva.

When I got there on March 19, 2022 practically all of the siding was removed from the elevator, the structure is still standing. There was a crew of three working it. They were nice enough to step out of the way to allow me to get a few photos. Apparently they get a fair amount of attention from people like me that drove long distances to see it. 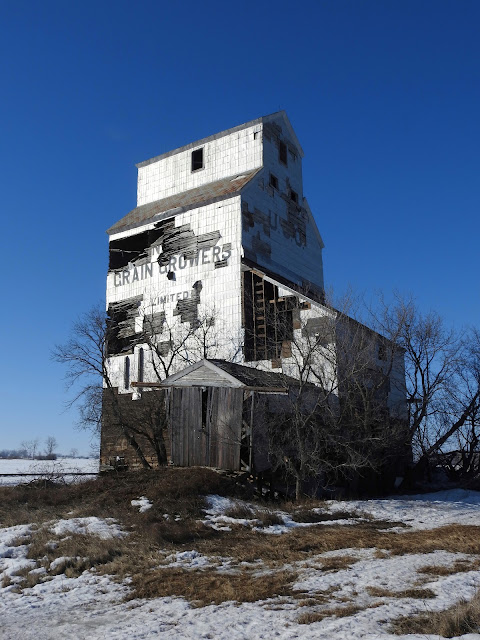 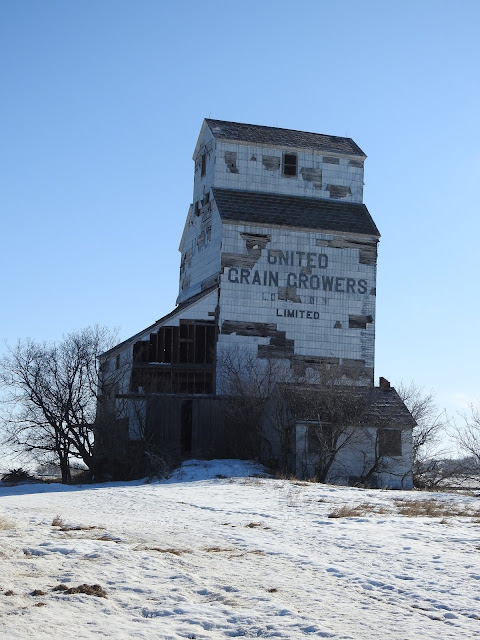 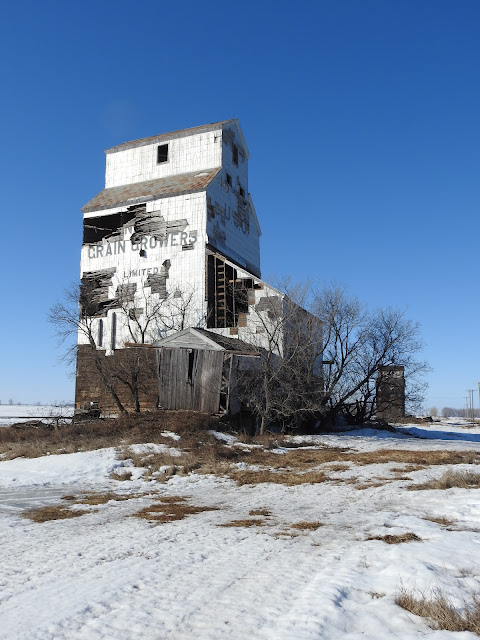 The oldest elevator in Canada. It did have Lake of the Woods Milling Co on the side. 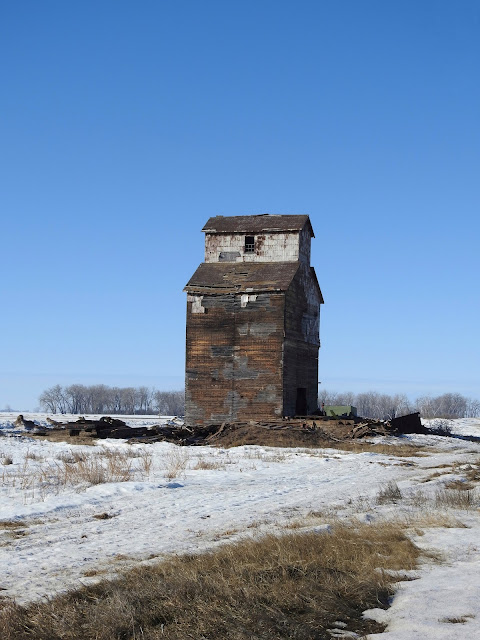 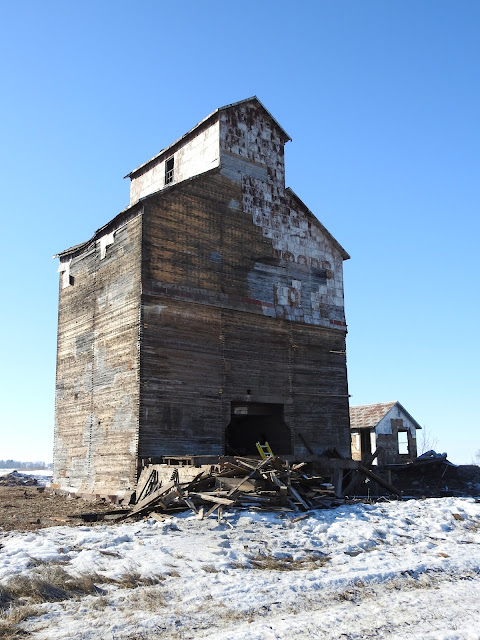