Lately my usual routine is to visit mom on Friday nights and stay overnight. When I get outside town limits I stop and phone and ask if there is anything in particular she wants for dinner. Wendy's won out and I picked up a couple of items at the grocery store that I knew she needed. Mom had a stroke in 2019 and she gave up her car and license so I run her most of her errands for her. She has some home care and a housekeeper that drops in once a week.
The next day mom mentioned that the stopper for her kitchen sink was no longer stopping water from draining. I went out to get breakfast, mom likes the fast food breakfast on an English muffin so that has become our thing. On the way to get it I stopped at the hardware store to get the following: 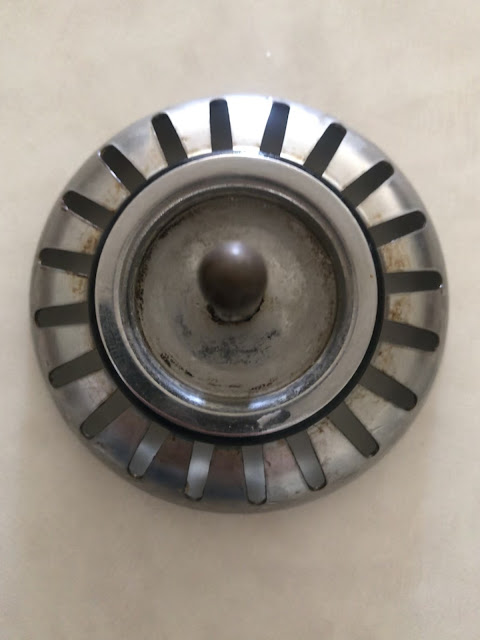 My mistake was thinking these things were fairly universal so I did not take it with me. When I dropped into the hardware so I found out they were not universal. After breakfast I took the stopper from mom's and went back to look for a match. They did not have one there but I bought one I thought was close enough. I was wrong. When I got back it was just slightly less in diameter. You would think this would be a easy problem to fix.
Back to the hardware store and returned it. This was starting to irritate me. There was only one other store that carried stuff like this where mom lives. They had two different ones. I bought both because I could not see well enough through the plastic wrap to see if either were exactly what I needed. Got back to mom's and the the first one was not a fit. The second one did. I have had an easier time looking after her taxes and bill payments.
Posted by BWBandy at 17:00:00