Been busy lately. So busy that I sort of posted an incomplete post of two.

There is a big white sign at this place by the road that reads:

In the 1916-1917 crop year, the Canadian Grain Commission licensed two elevators at Moreland; Golden West Co. and Reliance, each with 30,000 bushel capacity. When Federal Grain was formed it took over the Golden West elevator, which it operated until the end of the crop year in 1963. Federal Grain was purchased by Sask. Wheat Pool in 1972, but since this elevator was already closed it was not included in the deal and so this "Orphan" still stands.

When a local rancher, Bill Parry, was asked by the railway surveyors what lay ahead he replied, "More Land". Established May 1, 1912 with service on the Canadian Northern Railway from Moosejaw to Radville three times a week each way. Moreland at it's largest consisted of two elevators, a blacksmith shop and a two story store with community hall and church services held upstairs. There never was a school here but four schools; Red Rose, Wild Rose, Fordyce and Kenneth served the area. 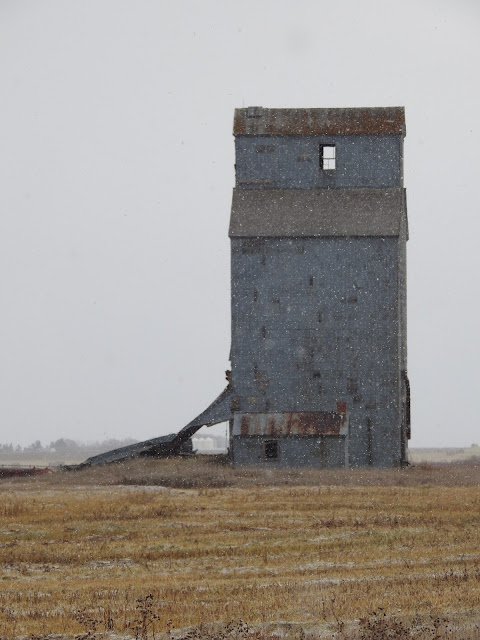 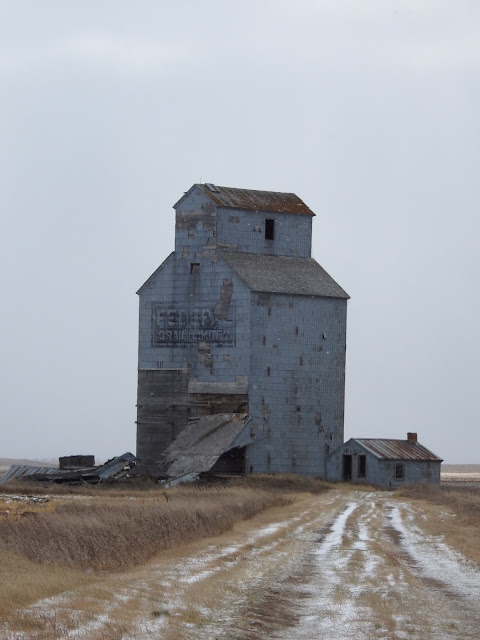 I was not here long before it started snowing heavily. The photo is posted just to show how heavily it was starting to snow. I took a few dozen photos, most of them were not that great due to the falling snow and wind. There will be a return trip in the summer months. 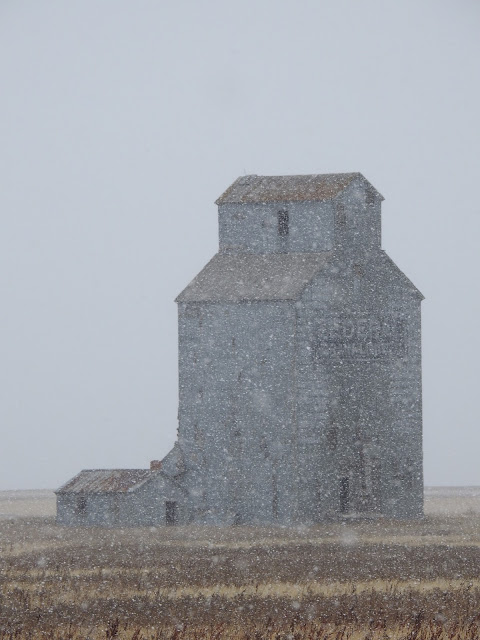