This is the Mustard Seed Chapel. It is near Netley, Manitoba, somewhat in the middle of nowhere. It's an Anglican chapel.

The sign on the side says it was restored by Dully Moore in 2013-2014, and rededicated at the 100th anniversary commemoration service of the Robinson Spur cemetery on August 10, 2014.

The cemetery itself is surrounded by a fence with a sign that says "USE OF CEMETERY BY PERMISSION ONLY". I am not sure if that means you can't just bury random people here, or if live people need permission to wander in. I chose discretion over valor and stayed out. 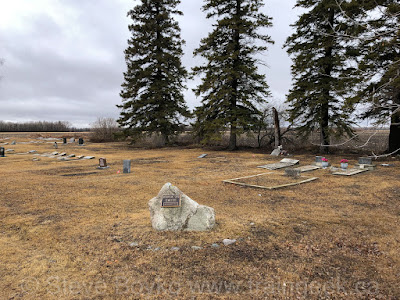 According to the Manitoba Historical Society, the chapel itself was moved here in 1940 after the original one burned.

The chapel is down a grid road and it was quite mucky. My van shed mud on the highway for several kilometres after I got back onto pavement. 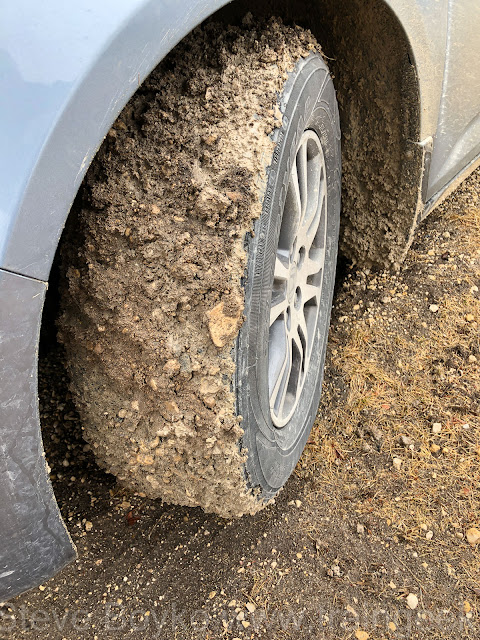