This is between Swift Current and Stewart Valley, Saskatchewan. I was a little disappointed when I got here. I had been wanting to see this church for some time. The problem was that I had seen photos of it posted but I did not know the exact location. After I finally found where it was I made a point to see it a couple of months later. Winter in Canada is not always conducive to travel. I got here on March 6, 2021 after a nasty cold snap subsided.
Internet photos made it look better than it was. The photos I had seen showed it intact. When I got there the steeple had been torn off, likely in a storm. The interior had some graffiti. Out of all of the abandoned churches I have encountered it seems that there are more abandoned Lutheran Churches than others. I have not kept track, it just seems that there are more of them. 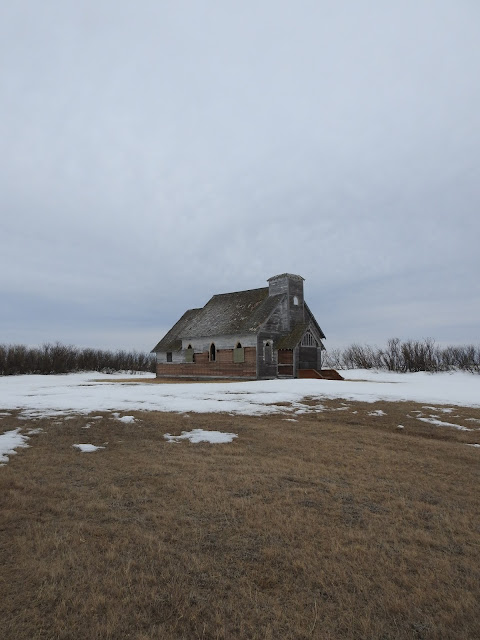 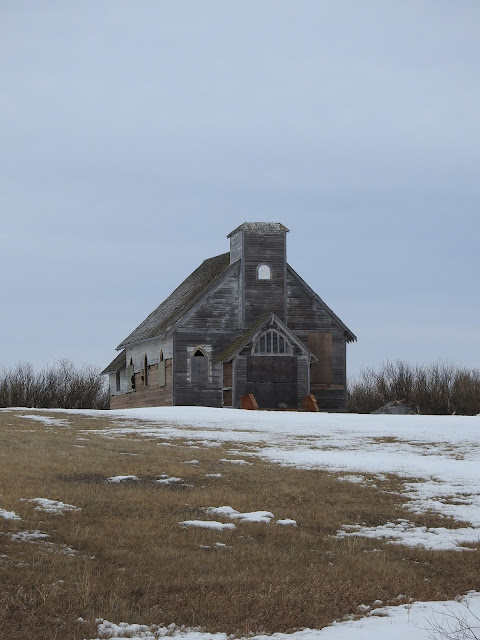 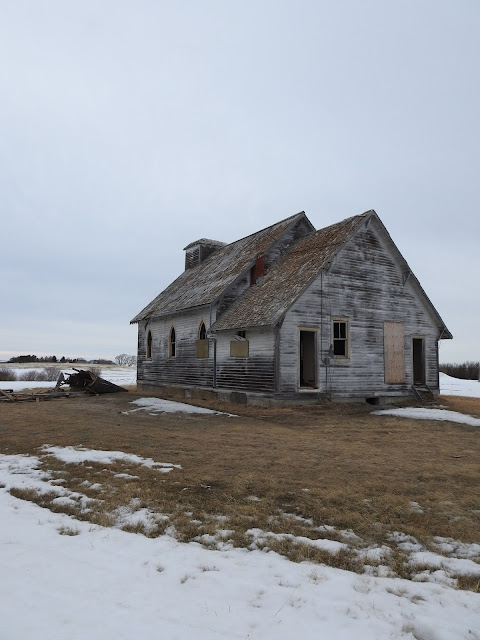 The remains of the steeple. 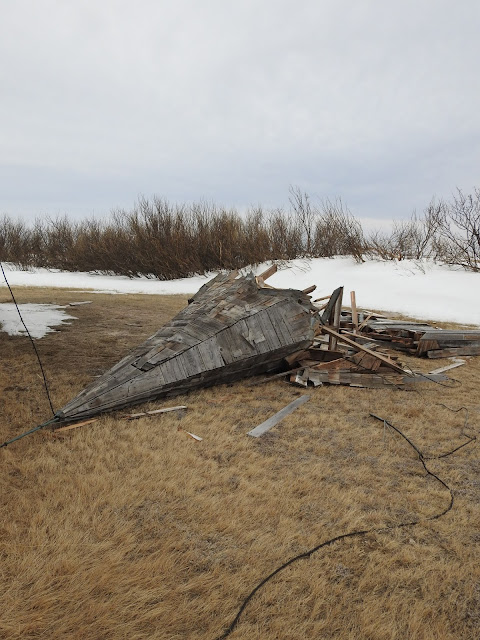 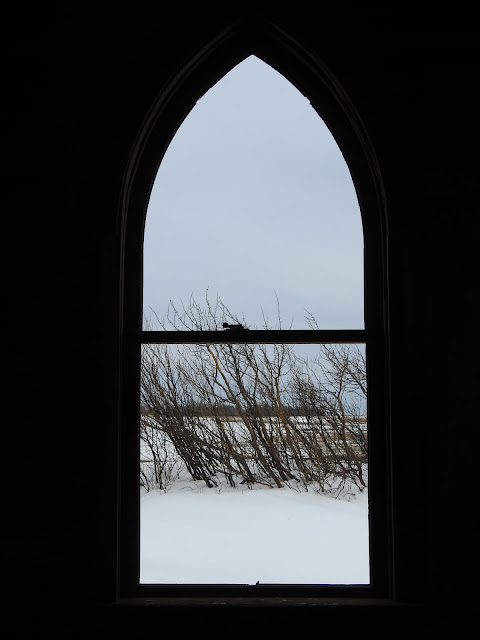 The interior was in poor condition and empty. 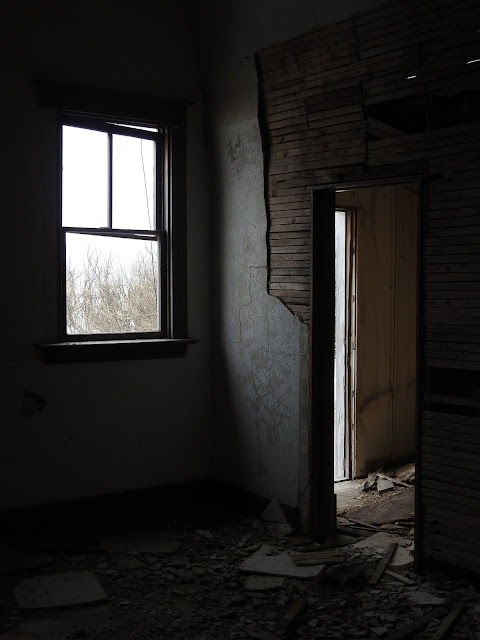 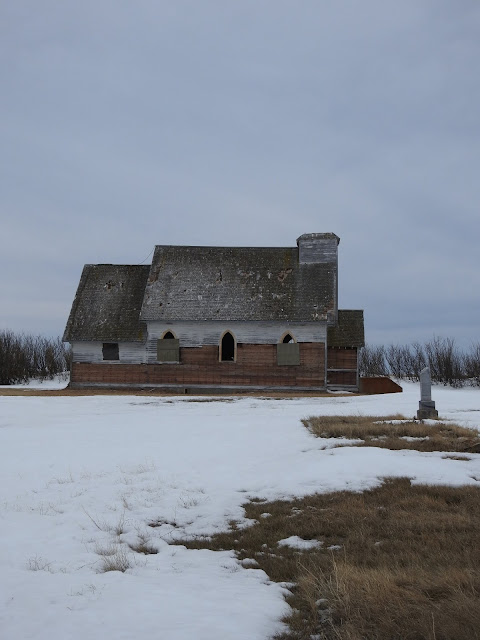